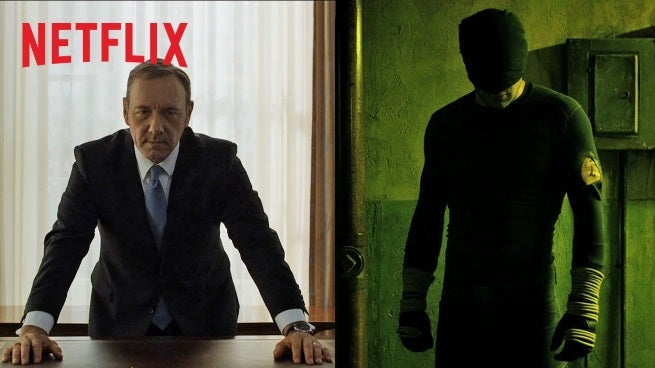 Netflix has released a the first installment of a self-promotional video series, “Netflix: The Originals.” The episode has Kevin Spacey, star of House of Cards, and Charlie Cox, star of Marvel’s Daredevil, interviewing each other.

The two compare and contrasts their two shows and their two leading characters, Spacey’s Frank Underwood and Cox’s Matt Murdock, with Spacey revealing that Underwood’s real superpower is his wife, “Claire.”

The first three season of House of Cards are now available to stream on Netflix.

The first season of Daredevil is now streaming on Netflix, and the series has already been renewed for a second season.