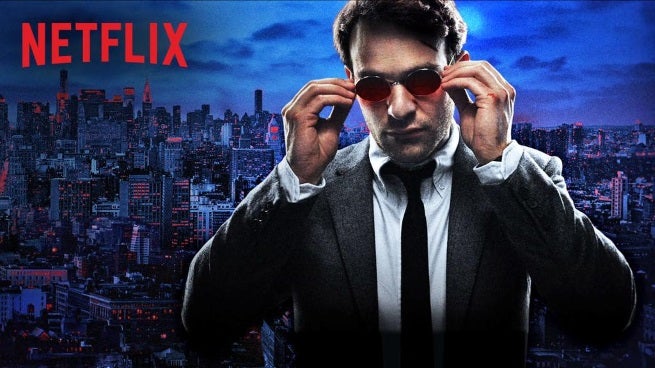 Marvel's Daredevil was recently renewed for a season on Netflix, but series star Carlie Cox may have bigger plans in mind, showing interest in the idea of a Daredevil feature film.

"Yeah that would be awesome – I'd love to do that" Cox tells IGN. "I love doing the TV show and I love that we have so much more time to explore the origin story and real deal with character and inner conflict, and spend a lot of time brooding in that world and those feelings, which is unusual for a superhero.

"And usually when you've got a two-hour movie it's action-packed, and so I think that's one of the things that the show has really benefitted from – having that extra time to really get to know and sit with these characters and see them as humans. But I'd love to see Daredevil on the big screen again. It would be great. And if I could be involved with that I'd be thrilled."

If not a standalone movie, Cox would be happy with getting to bring Daredevil in for a cameo in Captain America: Civil War, though he admits that he may have already missed that opportunity.

"Well he's in the comics, but I think they're already… I think I might have missed that boat... So unless someone watches the show and falls so madly in love with it that they decide to get me in for a day, that would be great, but I have no idea."

It's worth noting that the Daredevil that appears in the Civil War comic book is later revealed to be Danny Rand, a.k.a. Iron Fist, filling in while Matt Murdock was imprisoned.

Ant-Man Star Teases Their MCU Return — As a New Character

Toy Story 5 Announcement Draws Mixed Reaction, "What Else Is There to Do?"

Whose Line Is It Anyway? Star Calls Final Episode of Series "Bittersweet"

Hogwarts Legacy: How to Get a Hippogriff and Broomstick