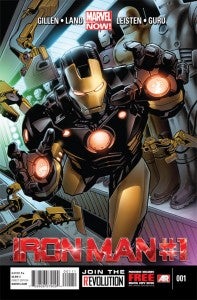 As part of their ongoing series of teases of the first issues of their Marvel NOW! books, Marvel has released a first look at the cover and first three pages of Iron Man #1 by Kieron Gillen and Greg Land.

It's a series that promises to see a number of new suits of armor for Tony Stark, who will reportedly face off against bad guys in his technology in "Armor Wars III" just before the relaunch of the title. The first two Armor Wars stories, which took place in the late '80s and early '90s were fan-favorites with far-reaching impact on the title.

There's quite a bit of similarity here between the new suit and the one Iron Man appears to be using in some of the promotional material for Iron Man 3, which will hit theaters in May 2013, about six months after the Gillen-Land run begins.

This November, Tony Stark soars to new heights in your first look at Iron Man #1, kicking off the all-new ongoing series from the chart topping creative team of writer Kieron Gillen and artist Greg Land! The lethal techno virus Extremis is out in the wild and for grabs to the highest bidder! It’s up to Tony Stark to contain it and that means creating a new suit of armor! When his greatest invention becomes his greatest mistake, Iron Man must act fact…and build faster! As part of Marvel NOW!, Iron Man joins a line of titles that will take the Marvel Universe in an exciting all-new direction, as the industry’s top creators join the top Super Heroes to deliver all-new ongoing series, great for new and lapsed readers alike!

Each issue of Iron Man includes a code for a free digital copy on the Marvel Comics app for iOS and Android devices. Additionally, each issue of Iron Man features special augmented reality content available exclusive through the Marvel AR app – including cover recaps, behind the scenes features and more that add value to your reading experience at no additional cost.

This November, Kieron Gillen and Greg Land redefine what it means to be invincible in Iron Man #1!

*Retailers should keep an eye on the Marvel Mailer and Diamond daily for special announcements concerning Marvel NOW!

Pencils and Cover by GREG LAND 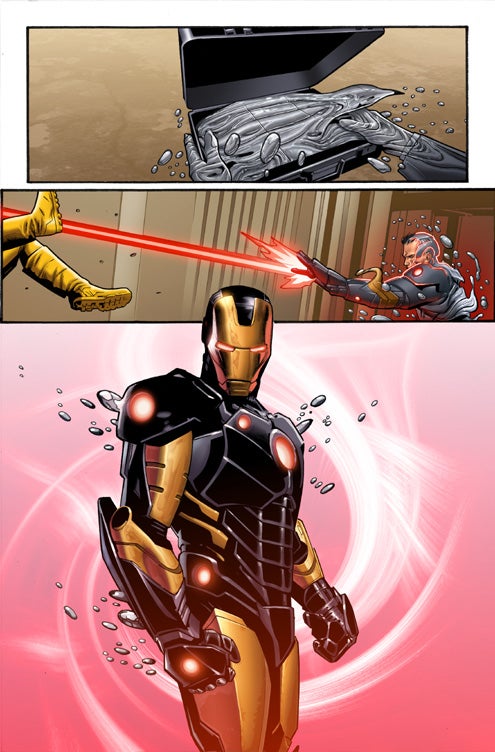 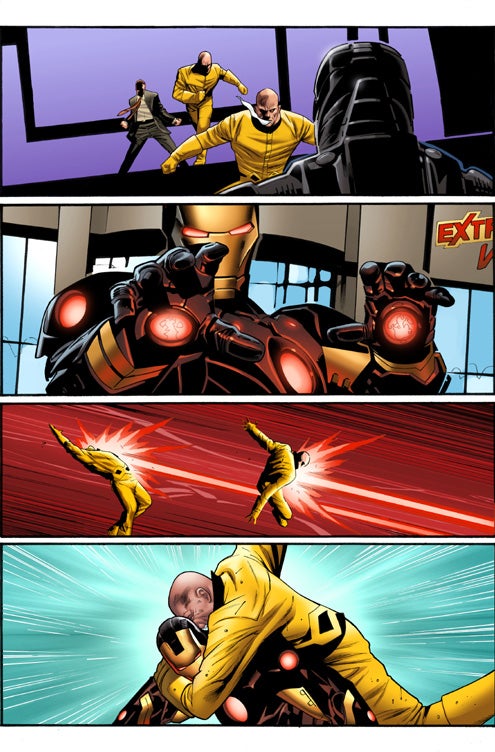 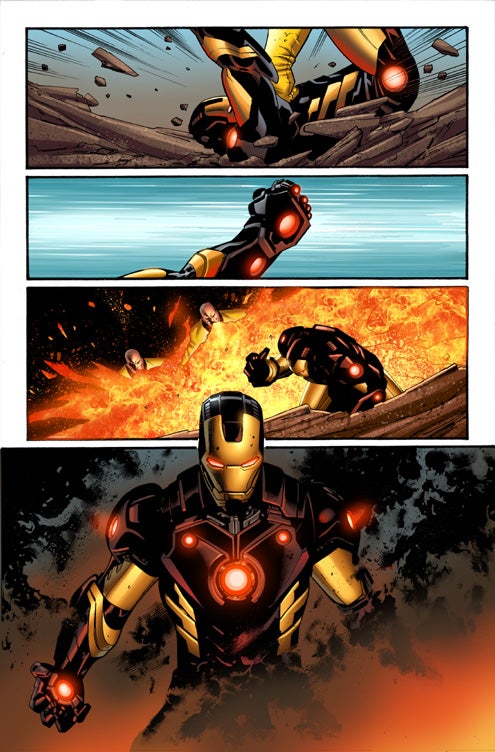