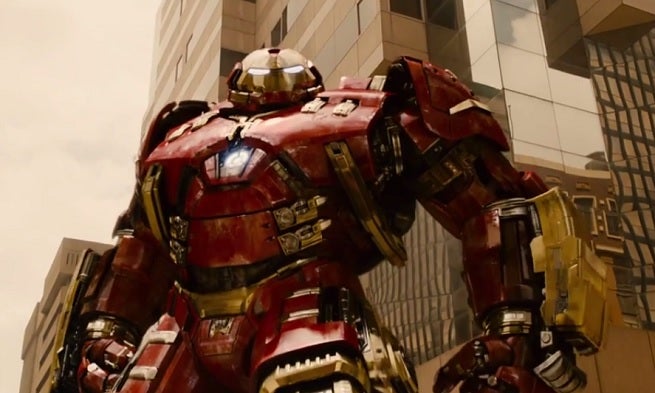 Two months after seeing it for the first time in a movie trailer, a Chinese art teacher has created a life-sized replica of Iron Man's "Hulkbuster" armor, Business Insider Australia reports.

Xing Yile made a pair of armor replicas -- one roughly the size of a small child, and the Hulkbuster -- in an underground parking lot in Zhengzhou, China, according to Reuters. The "Hulkbuster" replica is made of over 100 fibre-reinforced plastic components.

In Avengers: Age of Ultron, Iron Man has the suit, nicknamed "Veronica," which he and Bruce Banner designed specifically to combat a rogue Hulk. Besides its extraordinary size, the armor has the ability to come apart and to have damaged parts remotely replaced by satellite. Iron Man can also sit inside of the Hulkbuster armor while wearing a full suit of standard-sized Iron Man armor.

The armor is inspired by a suit of armor from the comics -- there explicitly called "Hulkbuster." It's become one of the most recognizable and aggressively-marketed images in the film.