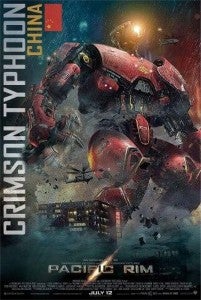 While Guillermo del Toro's Pacific Rim is doing fantastic box office in China, having actually made more there than it has in the U.S., some Chinese officials are decrying the film as "American propaganda."

“Hollywood has always been the best American propaganda machine,” wrote Chinese military official Zhang Jieli late last week in a PLA Daily op-ed, adding that the decision to set the final battle against the Kaiju in the sea near China was meant as a sign that the U.S. and not local powers would save the day there.

“Soldiers should sharpen their eyes and enforce a ‘firewall’ to avoid ideological erosion when watching American movies,” Zhang wrote. “More importantly, they should strengthen their combat capability to safeguard national security and interests.”