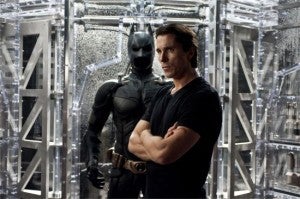 In an interview with Entertainment Weekly, Christian Bale said, "I have no information, no knowledge about anything. I’ve literally not had a conversation with a living soul. I understand that they may be making a Justice League movie, that’s it."

Not only is Christian Bale not in talks about playing Batman in a Justice League movie, he also re-iterated that he is done playing Batman period. Bale said, "We were incredibly fortunate to get to make three [Batman films]. That’s enough. Let’s not get greedy. Chris [Nolan] always said he wanted to make it one film at a time. And we ended up sitting there looking at each other, saying ‘We’re about to make the third.’ We never really knew if we were going to get to be there, but if that was how it was going to be, this was where it should end as well."