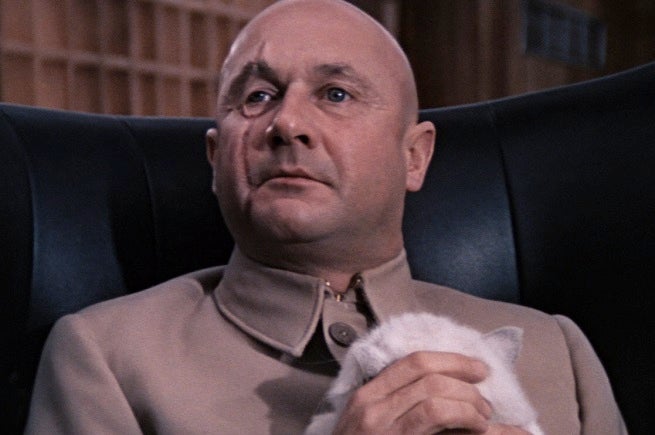 Created by original James Bond author Ian Fleming with Kevin McClory, Blofeld has previously appeared in six James Bond films from Eon Productions: From Russia with Love, Thunderball, You Only Live Twice, On Her Majesty's Secret Service, Diamonds Are Forever and For Your Eyes Only. He also appears in Never Say Never Again, the 1983 remake of Thunderball, even though he apparently died in For Your Eyes Only.

Blofeld, head of the criminal organization SPECTRE, was the inspiration for the Austin Powers villain Dr. Evil.

The role has previously been played by Donald Pleasence, Telly Savalas, Charles Gray and Max von Sydow, among others. Early films never showed Blofeld's face, only a close-up of him stroking his white blue-eyed Turkish Angora -- a convention that would carry over not only to Dr. Evil but a number of other villains including Dr. Claw, the archenemy of the animated spy Inspector Gadget.