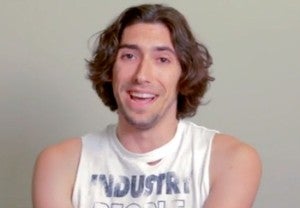 Max Landis is well known among comic book fans for both writing the screenplay for Chronicle and writing and directing the short film The Death and Return Of Superman. Landis had recently been working on a script for Chronicle 2, but 20th Century Fox apparently wasn’t happy with his script.

Back in July, Landis tweeted, “Chronicle 2 is still probably happening, just not with my involvement as of now. It's a bummer, but there are no real hard feelings.” However, it looks like Landis will be involved in a larger capacity in another superhero movie, but we’re just not sure which one yet.

In an Ask Me Anything session on Reddit, Landis was asked if he would be interested in directing a superhero film, and he replied, “Yes.” When also asked which superhero he would most want to direct, Landis answered, “You’ll see.”

But when will we see? In yet another question, Landis was asked if he could do a reboot of any character, TV show or film what would it be. Landis answered, “You'll know sooner than you think.”

Landis’ answers certainly hint that he’s signed on to direct a superhero movie that will be revealed soon. Assuming that he’s teasing the same project in the reboot question, it also sounds like it will be a reboot of an existing character rather than a brand new concept like Chronicle.