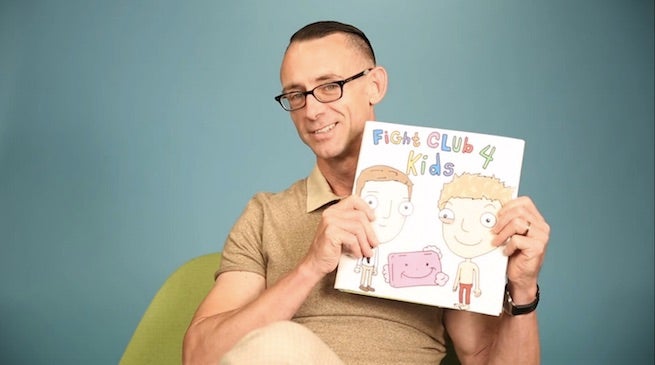 Apparently, a previously-unspoken rule of Fight Club is...tell the children.

Joking that his audience is growing older and he felt obliged to introduce the concept to a new generation, author Chuck Palahniuk has performed a three-minute video reading a condensed "for kids" version of his best-selling debut novel Fight Club.

It's an endearing little story about friendship.

You can check it out in the video below.

Palahniuk is currently touring the country in support of Make Something Up, his short story anthology which features a story of a pre-Fight Club Tyler Durden.

The second issue of Fight Club 2, written by Palahniuk for Dark Horse Comics and featuring art by Cameron Stewart and covers by David Mack, will be released tomorrow.

New Star Wars 2021 LEGO Sets are About to Launch

Splendor: Marvel Review: Making a Modern Classic Even Better in the Marvel Style