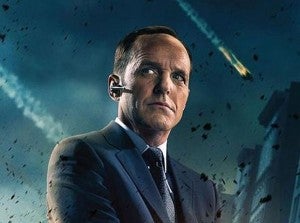 We would include an Avengers spoiler warning here, but we’re pretty sure everyone has seen the film by now. In the Avengers, Agent Coulson, who is played by Clark Gregg, meets an untimely end at the hands of Loki. While Agent Coulson’s death was an integral part of moving the plot forward, many fans were upset that it meant they would no longer get to see Clark Gregg, who had become a fan favorite.

Well, here’s some potential good news. Even though it looks like Agent Coulson’s time in the Marvel Cinematic Universe might be over, Clark Gregg is hoping to continue his work with Marvel. In an interview with Movies.com, Clark Gregg revealed that he’s been talking to Marvel about other possibilities. He’s pitched a prequel show about Clint Barton (Hawkeye), Natasha Romanov (Black Widow), and Agent Phil Coulson in Budapest. Unfortunately, it looks like Marvel’s focused on the future and that one probably won’t happen. However, Gregg said, “The stuff I write and direct tends to be a little small and indie, but I've definitely talked to Marvel lately about ways I can continue working with them, perhaps as a writer or a director.”

As far as the possibility of Agent Coulson returning as the Vision, Gregg said, “Ya know, the Vision is synthetic, with a soul sort of, and is an amazing character who I used to love when I was reading those comics. I love the idea of Coulson as the Vision, but I don't know if that's in the cards.”

If neither the writing/directing thing or the Vision thing pans out, all is not lost. Gregg is still doing the voice for Agent Coulson in The Ultimate Spider-Man animated series. Since it's a cartoon, hopefully Coulson won't be getting stabbed in the back by Loki in that universe any time soon.