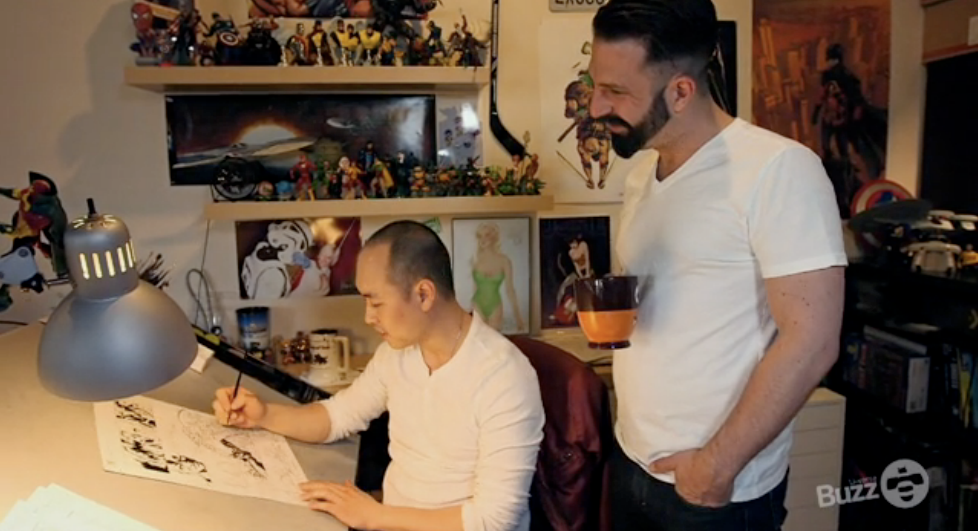 While many understand the process of making comics, only a few comprehend the daily craft that goes into making four-colored adventures.

But now, fans can see how a script is brought to life with Comic Artists: The Next Generation, a web documentary chronicling the artistic routine of comics' biggest illustrators. The video zooms in on Toronto’s Raid Studios, home to prolific pencillers like Francis Manapul, Marcus To, Ramon Perez, and Kalman Andrasofsky. Through these talented artists, viewers not only gain a true sense of a comic book is constructed, but also how that process shapes the talent behind them.

There’s a real sense of camaraderie at Raid Studios, as the gang of illustrators banter with one another, share ideas, and push each other as friends and creative professionals.

The film is also stuffed with a who’s who of comic industry icons, including Stan Lee, Jim Lee, and more. If you ever wanted a fly-on-the-wall perspective of how a story takes form in the modern comics industry, this is the video to watch.

The video was produced by Christy and his fellow Boom! partners FJ Desanto and Bradley Camp, and directed by Chris Kasick. It is avaible to watch for free through AT&T’s UVerse Buzz.

Comic Book Artists: The Next Generation Reveals Life As A Comic Artist

MLB The Show 21 Review: Perfect for Baseball's Biggest Fans, Frustrating for Everyone Else