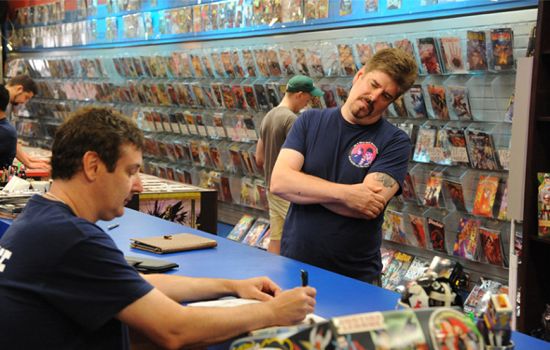 Last week, Ming and Mike took part in a zombie run to help raise money for Kevin Smith’s charity in the “The Running Dead” episode. This week, it looks like Kevin Smith will be taking a bigger role in Episode 7 of the series.

The new episode of Comic Book Men is entitled “Tough Sh*t.” According to AMC description, “Kevin visits the shop for a book signing.” The sneak peek photo for the episode just offers an image of Mike watching Walt writing something.