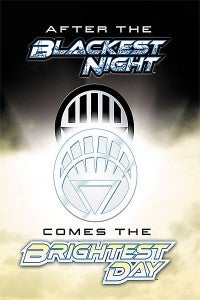 The day is almost here. Tax day. The last day you have to get those returns, worksheets and W-2's in the mail or electronically cleared. Maybe you've already filed and have the stress off your back? Then get down to the comic book store and send some of that refund back into your local economy! You won't want to miss this week's new releases! DC gets things rolling in a big way when Brightest Day #0 arrives in stores. The follow-up to the massive Blackest Night story starts here, and the DC universe is in for some big changes as characters long-dead are back and the new DCU emerges! Be here for the new age of DC!! What's the Riddler up to now? Building up to issue 700, Batman #698 is here. Now that Black Mask is gone, what does the next threat to Dick Grayson's run as the Caped Crusdaer mean to the future of Gotham?

Also up for sale is Fables #94, which begins a new story line focusing on Rose Red. How will she climb out from this latest disaster, and what does that mean for The Farm? Speaking of getting things together, Flash #1 sees the return of Barry Allen in this new monthly series, written by Geoff Johns! Stephanie Brown continues to try and fill some big boots in this month's Batgirl #9, which sees her and Oracle trying to solve several tecnhology-based suicides. Action Comics #888 has several big-named guest stars this week: Wonder Woman and the JSA. Need we say more? The Fall of Green Arrow continues in this week's Green Arrow #32, and be sure to also pick up Adventure Comics #10! 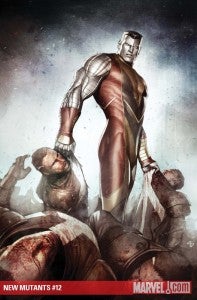 Marvel has some reading that you won't find too taxing either (sorry, it was too easy!). Three big one-shots all tying into the Siege story are planned for this week, with Siege: Captain America, Siege: Loki, and Siege: Young Avengers all taking a deeper look into some of the key players of this groundshaking Marvel event! How do Steve and Bucky continue to work together? What IS Loki's plan in all this about? And what role might the Young Avengers play? Pick 'em up and read!! The third chapter of Second Coming occurs this week in the pages of New Mutants #12 with the battle against the X-Men and the Purifiers reaching a fever pitch! Kraven the Hunter and his family pull double duty this week, with pages devoted to them in both Web of Spider-Man #7 and Spider-Man: Origin of the Hunter #1. The latter will reveal the origin of the family who's been behind The Gauntlet! Daredevil #506 continues the adventures in Japan, and just in time for Iron Man 2, Black Widow #1 comes to stores in her own ongoing series! 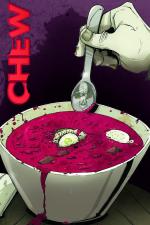 Image Comics has quite an array of titles for you to choose from this week, and leading the charge is Chew #10. The runaway hit series concludes its current International Flavor story, with the chips down for Tony Chu! The Image First reprint series continues this week with special, $1.00 issues of Savage Dragon #1 and Age of Bronze #1! With tax day on the way, save all you can! Existence 3.0 #3 and Fall Out Toy Works #4 bring the next to last issues for both of these limited series. Be sure to check out God Complex #5 as well, as the story of a god on Earth continues, and violence and bloodshed are promised! Also up? None other than Savage Dragon #159! The Mice Templar: Destiny #8 begins the newest story arc, "Feast of Samhain". Dark Horse launches a new series this week, as Hellcyon #1 launches, and its focus on a new, colonized world brings action and possible civil war to your comic shop! B.P.R.D.: King of Fear #4 continues the story of Liz and Abe's underground adventures, with Abe closer to the frog monsters than he may have thought!

Top Cow continues one of their most exciting mini-series when issue three of Angelus comes out this Wednesday. What will Dani Baptiste do when her on/off partner The Darkness emerges? Be here for the halfway point of this series, a spin-off of the Witchblade series! Dynamite's look into the past of one of our oldest heroes continues this week with The Green Hornet: Year One #2, alongside Army of Darkness #27 and Buck Rogers #10! Boom! is bursting at the seams this week with several releases. The first one is Cold Space #1, created and written by Samuel L. Jackson and Eric Calderon. Yes. THAT SLJ! The new series focuses on a new sci-fi adventure with an outlaw stranded on a hostile planet after crash-landing. The story possibilities are endless! Also look for The Anchor #7 and Irredeemable Special #1.

Hopefully Uncle Sam is good to you! You're going to need that cash to pick up this week's titles! Maybe you can deduct them as a necessity? Hmmm....