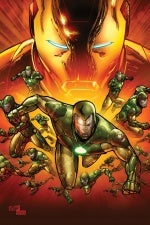 Hey kids! Don't hate me, but school is starting back sooner than you think. Before you pack up your pencils, pens and paper, savor the remaining days of summer with your favorite comics! You need look no further than this week for some great reads to get you through grieving the end of vacation. Marvel kicks things off this week in a big way with this week's release of Fear Itself #5. One of the biggest battles of the year will take place in these pages, as Thor, the Hulk AND the Thing all face off AGAINST EACH OTHER! Three of Marvel's heaviest hitters are in action here, and you do NOT want to miss it! Fear Itself continues to prove that no one, and I mean no one, is unaffected by this event, as Squirrel Girl is forced to take action to protect the child of Luke Cage and Jessica Jones in the pages of New Avengers #15. Over in Amazing Spider-Man #667, the Spider Island events gets in full swing, and the Jackal moves to strike against Spidey!

Fear Itself: Alpha Flight #3 continues to see Canada's super team fighting against not only the forces of the Worthy, but also their own government as this limited series continues to unfold. Captain America #2 continues the new series focused on the man who wields the shield, and in the wake of Bucky's death at the hands of the Red Skull, this series has never been so key. The newest Ghost Rider keeps going in Ghost Rider #2, and just what is Johnny Blaze's vision about this new rider all about? They're baaccckkk. Spider Island: Cloak and Dagger #1 sees the beloved mutant misfits in action and on the front lines as New York has turned into one giant sticky mess. Literally. Finally, over in Ultimate Fallout #5, more mysteries are revealed about the future of the Ultimate universe and the new Spider-Man of course! 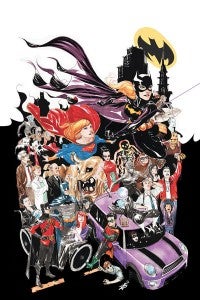 Over at DC, it's time to say goodnight for current Batgirl Stephanie Brown as Batgirl #24 brings her adventures to a close. It's been a fun-filled two years, and her tales come to a stop here as she faces the man who hired her foes the Reapers. If you missed issue 23, be sure to see how it ends here! Over in Detective Comics #881, one of the more shocking recent stories comes to close, with Batman, the Joker, and the Gordons all tied up in this twisted finale! Teen Titans #99 sets up a massive showdown, as the Titans will have to take on an all new Legion of Doom, with none other than Superboy Prime behind them! Booster Gold finds himself in a race to help the Flash, and that's not easy, over in Booster Gold #47, and if you are missing your Flashpoint needs, be sure to pick up the third issues of Flashpoint tie-ins Citizen Cold, Emperor Aquaman, Deadman and the Flying Graysons and Frankenstein and the Creatures of the Unknown! The relaunch is almost here, so see how it all wraps up before it's gone!

Are you a "mature reader"? Then Image Comics has you covered with this week's release of not only Morning Glories #11, but also Breed III #4 and Blue Estate #5, where it's a fast and furious story as star Rachel Maddox is forced to take a major risk to save her brother's life in this tale of Hollywood, hippies and mobsters! Spawn #210 sees the return of Tremor, and what does his return mean exactly? Who will he side with? Read here to begin finding out! Dark Horse gets things rolling along this week with the second issue of Dollhouse: Epitaphs. Survivor of a massive mind-altering virus outbreak Trevor must try to make sense of a new world with an unpredictable guide. If you liked the TV series, keep following the adventure here! It's double your Hellboy fun this week with Hellboy: The Fury #3 and B.P.R.D.: Hell on Earth-Monsters #2 both landing on sales racks!

IDW brings some alliterative fun this week with the release of Godzilla Gangsters and Goliaths #3. Mothra is unleashed as a weapon against a rival mob in this next issue of an intriguing mash-up of monsters and mobsters! Also from IDW is Doctor Who Annual 2011, as well as Cobra #4. Boom Studios releases Stan Lee's Starborn #9 alongside a SECOND printing of Elric: The Balance Lost #1! Top Cow brings us the next major installment of their maxi-series Artifacts with the release of Artifacts#9. The alliance between Witchblade and the Darkness has been tested, and now that the final stages are here, will that alliance be defeated as the fate of the Top Cow universe hangs in the balance? Speaking of those two, Darkness #93 and Witchblade #147 both arrive in stores!

Ok folks, you know the deal! Go out there and read all you can!