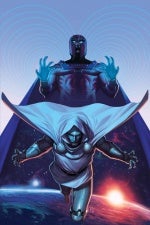 Time to get those back to school clothes out, get your notebooks ready and sharpen those pencils, as school is just around the corner for many! With the kids going back to school, what will you do with all that time? Read more comics, of course! Your good friends at Marvel, DC, Image, Dark Horse and more have you covered this week, as several big books arrive and provide enough entertainment to distract you from the kids being out of the house all day! Let's start things off over at Marvel, which has a VERY interesting team-up in store in the pages of X-Men #16. The X-Men and the FF have certainly crossed paths and worked together over the years, but with Doctor Doom AND Magneto on their side? You've got to pick this one up to believe it! Also, Astonishing X-Men #41 wraps up the team's interaction with the Marvel monsters, and over in X-Men Legacy #254, Rogue and her team begin a search for Marvel Girl in the middle of an intergalactic battle! Lots of mutant action to keep you occupied this week! Let's not forget Wolverine #14 as well!

Captain America and Bucky #621 arrives this week, as the origin of one of Marvel's classic partnerships continues, but with Bucky's side highlighted. FF #8 sees the War of Four Cities continue to climb and build tension, and just what does Marvel's first family fear? You'll get the answers in this book! Need another team book to add to your list this week? Then check out Secret Avengers #16, as Marvel's secret team continue to work their way through the most dangerous missions in the Marvel U! Guess what else is back this week? Kick-Ass 2 #3! Yes, it HAS been awhile since we last saw Dave Lizewski's misadventures in heroing, but he's back this week, and with a team of fellow heroes to boot! Did you think we'd not tell you about a Fear Itself tie-in? Shame! Check out New Mutants #30 for your hammer-wielding baddies fix! 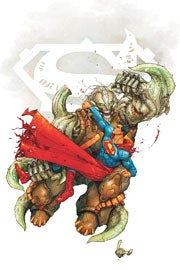 It's the end of an era over at DC Comics this week, as Action Comics #904 marks the end of this long-running series before the DC relaunch. What a way to go out though! Only Superman remains to take on the Doomsdays, yep that's plural, and in a fitting end the final battle between these two powerhouses happens here, in the book that launched Supes so many years ago! Don't miss this special issue! Also wrapping up, Wonder Woman #614 sees the end of the mega story arc "Odyssey". It all ends here, so be there to see how Diana faces off against a powerful enemy. We also bid fond farewell to the JSA, who bow with Justice Society of America #54. In Flashpoint news, be sure to pick up the third and final issues of Hal Jordan, Kid Flash Lost, Lois Lane and the Resistance and Project Superman! It all ends next week, so see how it goes out! Green Arrow #15 and Gotham City Sirens #26 also mark the end of the road for their respective series.

Dark Horse has a triple-threat for you this week in two different ways! Dark Horse Presents #3 arrives in stores, and besides that great news, there are three different, fantastic covers to choose from! With 100 pages of fantastic writing and art, you can't go wrong! And not a single ad to be had either! In addition to that, Dark Horse is bringing you Rage #3 and Star Wars: Jedi-The Dark Side #4. Things are humming along over at Image Comics as well, as Chew #20 hits the stands, bringing an end to the hot and exciting "Flambe" storyline. Hack/Slash #7 and Haunt #17 bring you all the super fantastic gore and demonic action you can stand, with Elephantmen #34 alongside! Big week! Top Cow also has two of their biggest titles out this week with the release of Darkness #93 as well as Witchblade #147.

Boom Studios has a double-dose of scary in store, as they release not only Hellraiser #5 but Hellraiser #6 as well! Get your scare on twice in one week! Incorruptible #21 also arrives in stores, right next to Stan Lee's Soldier Zero #12. Dynamite kicks off an epic five-part series this week with the release of Warehouse 13 #1, based on the smash-hit Syfy show! Queen Sonja #19 continues the adventures of everyone's favorite warrior, and Kevin Smith's The Bionic Man #1 debuts this week as well!!

Lots of things to read out there, folks! Get to it!