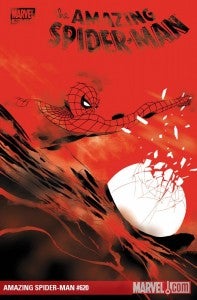 Well boys and girls, men and women, Valentine's Day is just around the corner, but before you go crazy on flowers, chocolate and candles, stop by your local comic book store and pick up these new releases! Heck, they'll be around a lot longer than the candy and flowers will! Let's dive right in, starting with what Marvel has in store for us this week. There's no love lost between Spider-Man and Mysterio in Amazing Spider-Man #620 this week, as it's mobsters, Mysterio and mayhem! Can Spidey stop his classic for and Mr. Negative before things really get out of hand? Speaking of battles with a classic foe, Vengeance of Moon Knight #5 this week has Moon Knight taking on Scarecrow, all in buildup to his showdown with a guy who just. won't. stay. gone. None other than Bushman! Like your adventures with a little less fists and kicks? How about some gentle pawing? Tails of the Pet Avengers #1 may just be in order, as Lockjaw and crew return in this special, leading up to Pet Avengers next month! X-Men Forever #17 will take the mutants down South, and smack into the path of none other than Mystique! Some big questions hopefully start getting some answers in this month's New Mutants #10. Just why do the New Mutants exist at all? Aren't they all part of the X-Men? What's Cyclops' game? Will we get all that in 32 pages??? Dark Tower: The Battle of Jericho Hill #3 bows this week, with a traitor in the midst. All that and more as the survivors of Gilead carry on in the fight against the Good Man! Oh, and don't forget about Ultimate Comics Armor Wars #4 and Ultimate Comics Spider-Man #7! Both with plenty of action goodness! 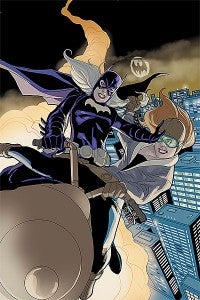 It's a who's who of villains in this month's Batgirl #7, as DC gives us Dr. Phosphorous, Roxy Rocket, Riot, and the dangerous game mistress Roulette! Can Batgirl and Robin save Batman and Devil's Square from destruction? Action Comics #886 has Flamebird and Nightwing on the hunt for one of Zod's most dangerous agents, co-written by the masterful team of Greg Rucka and Eric Trautmann! They're not the only ones with problems though! Over in Batman and Robin #8, Grant Morrison has Batman, Batwoman, Knight and Squire on hand to face one of Dick's toughest tests as the new Batman. We can pray he triumphs! Need more danger and intrigue? Check out Human Target #1, the start of a new six-issue limited series based on the Fox TV series of the same name (which brings the series back to its roots here!). JSA All-Stars #3 continues Magog's woes as they search for a kidnapped teammate, and be sure to catch Secret Six #18, as the Six's, and the Suicide Squad's, run-in against the Black Lanterns comes to an end here, as does the dynamic team-up of Gail Simone and John Ostrander! 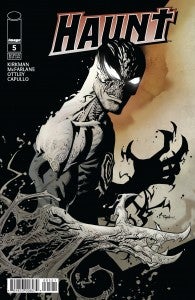 It's a big ending this week for Image Comics' new breakout series Haunt. No, not the series itself, but the great first story arc concludes when Haunt #5 hits store shelves this week. Be ready for some surprises heading into the next new story line! Invincible Presents: Atom Eve & Rex Splode #3 wraps up the three issue series of this mini, as the secret origin of Rex Splode is presented here! Also concluding this week is the seven issue Phonogram 2: The Singles Club. Dark Horse plans to give us the creeps for Valentine's Day, as the follow-up a terrific issue one with issue two of B.P.R.D.: King of Fear. The fun never stops on these series! Groo: Hogs of Horder #3 also arrives, as our misbegotten hero continues his far-flung tales! Dark Horse is also giving us a classic collection this week, as Jet Scott Vol. 1 lands in stores. This volume collects, for the first time I might add, the Jet Scott comic strip series of the 1950's, which focused on adventurer Jet Scott and his endless adventures and treks across the globe to stop threats and unknown terrors to our world! Jerry Robinson's art is a jewel here, as he was one of the most classic artists on early comics featuring Batman! Definitely pick this one up! 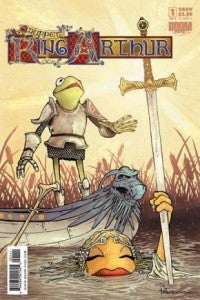 Boom! has plenty of wizards and kings this week, as Muppet King Arthur #1 and the Wizards of Mickey Vol. 1 collection both come out this Wednesday! The Muppet Show #2 also follows, and for those seeking a more "adult" story, The Anchor #5 bows, along with The Anchor Vol. 1 trade paperback! Use this opportunity to catch up on the tales of "God's leg-breaker" if you haven't done so yet! Also look for Walt Disney Comics & Stories #703! Top Cow continues its Witchblade spinoff with this week's Angelus #2. Don't miss the ongoing struggle Angelus bearer Danielle Baptiste carries as she juggles her mystical role with those of the "normal" world! Queen Sonja #4 leads things off for Dynamite Entertainment this week, but that's not all! The Good, the Bad and the Ugly #8 continues to give you Western fans out there all you can take! Wow, quite a lot of ground to cover here, comic book fans! You better get to reading before this weekend's hectic Valentine's schedule! Although, a perfect date could involve reading some of these great comics together with some tasty Chinese takeout, but enough about my plans. Get to reading!!