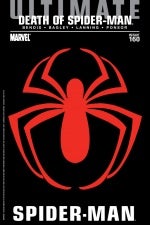 It's officially the first week of summer! If you're looking for a way to cool yourself down, pick up a stack of comics this week, grab a frosty cold beverage and kick back in a shady or cool spot! Be warned though, the issues rolling out this week are going to be hot! You'll need all the air you can get! Leading things off comes a huge issue from Marvel. Ultimate Spider-Man #160 sees the death of Peter Parker, bringing to a close the adventures of the first man to wear the spider symbol in the Ultimates' universe! X-Men Legacy #251 brings us back from the Age of X, but what exactly has followed the X-Men back to Utopia? You'll have to read to find out of course!

Thunderbolts #159 presents a tie-in to Fear Itself! Now that Juggernaut is one of the "worthy", how will the Thunderbolts try to contain The Raft's inmates AND try to stop their teammate? Speaking of Fear Itself tie-ins, how about picking up Secret Avengers #14 and check out what's happening with the team as they try to help on the ground in Washington, D.C. Bucky's trials in a Russian prison continue and set the stage for more in the Marvel universe in Captain America #619. Looking for more heavyweights? Be sure to pick up Incredible Hulk #631! 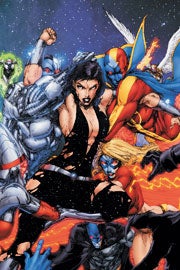 DC hits hard this week as well, with Justice League #58. After the Spectre's epic battle with Eclipso, Eclipso has great power. It's up to Batman to craft a plan that will somehow stop this power before everyone loses! Over in Action Comics #902, Superman continues his battle in the "Reign of Doomsday"storyline, and he'll need every bit of help he can get! Zatana #14 comes on with more Paul Dini scripting, and be sure to check out The Outsiders #40, with the fate of the team itself hanging in the balance! Flashpoint: Kid Flash Lost #1 gives us another mini-series spinning out of Flashpoint, as a very different DCU is explored! In other limited series, Batman: Gates of Gotham #2 gives us the next chapter in an ongoing case of murder and mystery with a mysterious villain controlling the action.

Dark Horse Comics continues to celebrate 25 years as a force in the industry in a big way with this week's Dark Horse Presents #2, an 80-page mega-issue that keeps more story anthologies going on with lots of talent! Hopefully you're picking up these issues! If you've enjoyed Felicia Day's The Guild, then be sure to pick up The Guild one shot Bladezz, focusing on the origin and powers of this Knight of Good member! Also, still going strong is Usagi Yojimbo #138! Check it out! Over at Image Comics, Hack/Slash #5 lands in stores this week, with guest-artist Kyle Strahm showcasing Fantomah, who comes to Cassie and Vlad for help. The Mission #5 also continues, with more supernatural action. The first issue of a five-issue series premieres this week with the release of All Nighter #1, which focuses on the life of Kit Bradley, art student and petty criminal!

Cobra Civil War #2 continues on this week, courtesy of IDW. The company also releases this week Volume One of John Byrne's Next Men. Over 100 pages are in this volume, so don't miss it! Over at Boom, Stan Lee's The Traveler #8 , giving you more time traveling fun than you can stand! Also from Boom is Duck Tales #2 and Planet of the Apes #3! Dynamite Entertainment releases Vampirella #7, and Last Phantom #7, featuring plenty of variant covers! Ok folks, you have your shopping lists, now get to it!