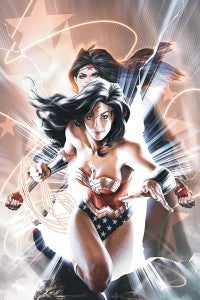 Welcome to the last week of June! Summer is officially kicking into high gear, and that also means that the big summer events are underway as well!! Before you begin stocking up on hot dogs, hamburgers, ice and your American flag plates, don't forget about the comic book events underway right now! DC Comics leads things off this week with the arrival of Wonder Woman #612! THIS IS IT! The year-long "Odyssey" story arc comes to a close in this issue! How do all the pieces of Diana's puzzle fit together in this concluding issue? See how writer J Michael Straczynski ties up all the loose ends in this issue! Also on tap from DC this week is Detective Comics #878, which brings Batman directly into conflict with Tiger Shark. Adventure on the seas awaits mateys! Another Flashpoint tie-in begins this week, with issue one of Project Superman beginning alongside Hal Jordan #1, also a three-part mini with Flashpoint allegiance!

Gotham City Sirens #24 takes us to full breakout mode, as Harley and Ivy continue the opening of the floodgates from Arkham Asylum! Clayface, Joker, Batman! ALL make an appearance here. How can you NOT pick this one up!? JSA fans are in for a treat this week, with TWO comics in stores! JSA 80-Page Giant 2011 will be available alongside Justice Society of America #52. And last but not least, Scalped #50 celebrates this milestone for the gritty series! 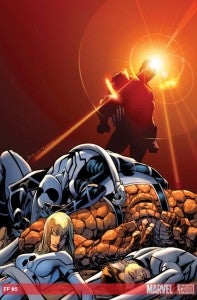 Over at Marvel, FF #5 brings us the next part of the "War of Four Cities" story, and now the Inhumans are involved! This issue also sees the return of a beloved Marvel hero, and it's probably NOT Johnny Storm! Guess you'll have to buy it to find out. Uncanny X-Men #539 sees Hope kidnapped and only Wolverine can save her, and maybe we'll find out just WHAT his problem with her is. There's a big who's who over in Amazing Spider-Man #664 with The Wraith, Anti-Venom, Mr. Negative AND Hammerhead here. And that's not all of them! Avengers: The Children's Crusade #6 brings a fully-powered and aware Scarlet Witch back to the home of Avengers and we can't wait to see what happens next! Also, a Fear Itself tie-in! Fear Itself: Black Widow #1 sees the Russian assassin take on foes single-handed in Paris.

Image Comics brings more zombie vs. human fun with The Walking Dead #86! What happens next? Read on of course! Also back this week is fan favorite The Mice Templar Vol. 3 #5! Be there also for the release of Skullkickers #8 and Daomu #5, as Sean concludes the adventures of his first journey here. Dark Horse brings us The Goon #34, along with Creepy #6. Also from DH, The Strange Case of Mr. Hyde #3 sees the hunt for Jack the Ripper continuing, and the imprisoned Dr. Henry Jekyll is once again sought for help! Boom Studios brings us the spooky read Hellblazer #3 along with the Stan Lee inspired Stan Lee's Soldier Zero #10. Over at Dynamite Green Hornet Strikes #8 drops alongside Danger Girl and Army of Darkness #2!

Alright kids! You know what to do! Happy 4th of July also!!!!