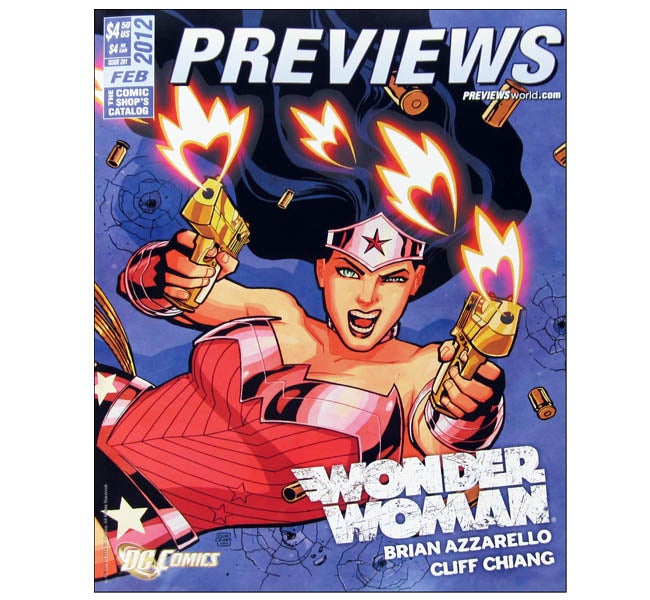 Album track lists are a lot like comics solicit text. Both offer a brief tease at the greater work ahead without actually divulging any hard information. They’re also pretty hyperbolic, or at the very least, dramatic. Taylor Swift’s track listings for her new album, 1989 has given fans a lot to chew over in anticipation for tomorrow’s release. The speculation game reminds us of the monthly solicitation text from comic publishers, which got us thinking—what if the track names from 1989 were the inspiration for upcoming comic book storylines? In what might be the strangest “What If” or Multiverse moment in comics, here are the top DC and Marvel Comics stories inspired by Taylor Swift.

“All You Had To Do Was Stay”
Just in time for X-Men Apocalypse: Wolverine makes his triumphant return to the Marvel Universe! After the Earth-shattering events of WOLVERINES, everyone from X-23 to Sabretooth realizes that there can only be one Wolverine—and his name is Logan. But after everything he’s been through to make it back to the land of the living, is Logan ready to reclaim the mantle of the Wolverine and rejoin his teammates in The Avengers, The X-Men, The Uncanny X-Force, The Jean Grey School, and more? The short answer: Yes. Join the superstar creative team MARK MILLAR and JOHN ROMITA JR. as they make their grand return to Marvel in a story that will rock the foundations of Wolverine’s world in WOLVERINE (VOL. 8) #1!

“Welcome To New York”
Take a tour of the Marvel Universe’s busiest city with “Welcome To New York,” a special one-shot featuring the Big Apple’s most heroic landmarks and locales! Swing through the of Manhattan with Spider-Man, explore the streets of Greenwich Village with Doctor Strange, and find ways to get into trouble with Hawkeye in Brooklyn for a one-of-kind view of the Greatest City on Earth! But that’s not all—a special gatefold map pinpointing exactly where every Marvel hero hangs their cape makes this a collector’s item that cannot be missed! And be sure to ask your retailer about the “I

“Clean”
The moment you thought you’d never see! Overcome with grief over his fallout with Oliver Queen, Roy Harper is using again. As Arsenal falls back into his dark addictions, Jason Todd and Starfire must save their teammate from himself in a story that will leave fans talking for years. Denny O’Neal and Neal Adams finish the landmark story they started more than 40 years ago in "Red Hood & The Outlaws #40," a historic event that can’t be missed! Rated EXPLICIT.

“Style”
FEATURING SPECIAL GUEST-STAR TIM GUNN! Spider-Man needs a new suit, and the only place to go for his new duds are Project Runway’s Tim Gunn. But what could Tim possibly cook up for Wall Crawler that hasn’t been done before? We’re not telling, but we promise that it redefine the Wall Crawler for generations to come. Get ready for a Spider-Man like you’ve never seen him before when his ALL-NEW look debuts "The Amazing Spider-Man #15!" Retailers: Please note, this issue will come in a special poly bag to protect the surprising moments inside.

“Bad Blood”
THIS IS IT! With a super-powered Damian Wayne abusing his powers on Gotham’s underworld, Batman must do whatever it takes to stop his son. But with Damian possessing near god-like amount of power, how can the Dark Knight can the Dark Knight possibly subdue his son? Enter: Project “Broken Wing!” When the dust settles in "Batman & Robin #50", nothing will ever be the same for the Dynamic Duo.