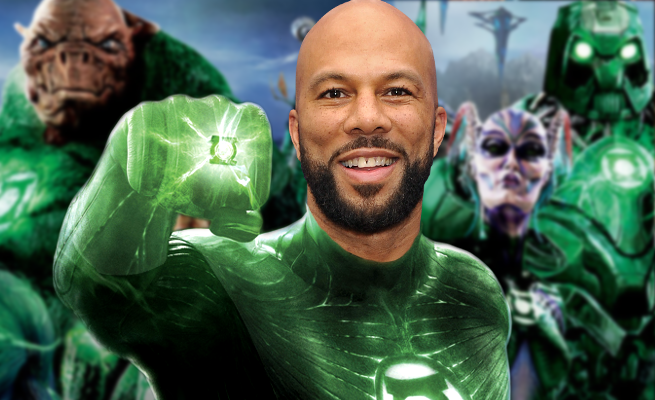 Some of you may not know this, but at one time actor and Oscar-winning musician Common was cast as Green Lantern. He was going to playing John Stewart/Green Lantern in George Miller's Justice League, which was about to start filming 2008, but it was shutdown by WB when the budget ballooned to $200M.

Now that Warner Bros. is shopping for a new Green Lantern in their DC cinematic universe would Common still be interested in the role?

"I would love to be John Stewart and play Green Lantern," Common told Screen Rant while promoting his new movie Run All Night. "That was one of those things where I was so excited because we rarely see African-American superheroes or people of color as a superhero. I think it would be great for the world to see, and for people to see, and for Hollywood to put that out there, too. But just for the world to see, just for kids to be able to see, for all nationalities to see a person of color as a superhero, too."

He then goes on to reminisce about preparing for John Stewart/Green Lantern in George Miller's cancelled film. "Even the pre-production of getting the 'go' and studying Green Lantern," he recalled. "John Stewart is from Detroit, so he was this guy that was really for the community, and I really related to that. He used his powers to help people in the community. I was like, 'Man, I'm going to be John Stewart, the Green Lantern!' Unfortunately, it didn't happen at that time. But maybe the possibility is that it could. I would love to."