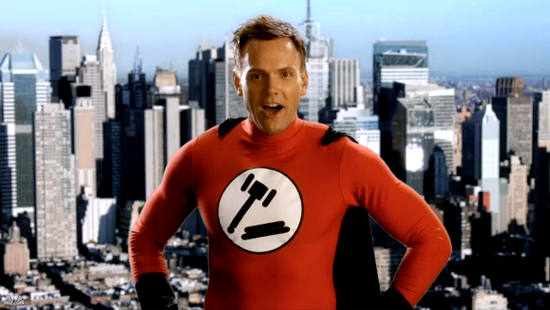 NBC have released the first trailer for the upcoming fifth (and probably final) season of Community, which sees series creator Dan Harmon returning to the cult-hit sitcom after a season off.

Harmon, who ran the series for the first three years, was fired at the end of season three and replaced with a pair of new showrunners who were supposed to improve ratings and keep the show more on-budget and on-time. Whether the latter worked or not, the former didn't--and reviews weren't kind to nuCommunity, either.

Then longtime Harmon rival Chevy Chase left the cast at the end of season four and almost immediately rumors started up that Harmon would return to his role as showrunner; it wasn't long before he confirmed as much, and production on season five started with Harmon back behind the wheel. Dismal ratings across NBC's Thursday night lineup have many fans assuming that the show will never make its "Six Seasons And a Movie," since there's a chance the network could go with a radical retooling of the entire night next fall, but it will get at least five seasons--and a season premiere promo that feels like a movie trailer. 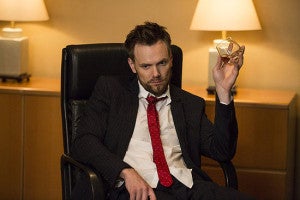 You can check that out below; as many had expected, Jeff Winger--who graduated early last season and was written off the series--returns to Greendale as a professor. The episode, titled "Mr. Winger," will debut on January 2, 2014 at 8 p.m.

And lest there be any confusion, Abed sees the inherent contrivance here: in the trailer, he compares the move to bring Jeff back as a teacher to the final season of Scrubs, in which the showrunners tried to keep the series alive without one of its major stars by changing formats entirely and remaking many of the doctors as professors of medicine.