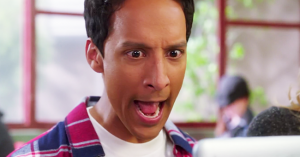 NBC have delayed the fourth season premiere of their cult sitcom Community, previously set for October 19, saying that they need more time to prep and promote the show. No new premiere date has been given.

Community is joined by Whitney, a sophomore sitcom widely panned by fans and critics that was moved to Friday along with Community. Until the new premiere dates are announced, reruns of Grimm will air in the planned time slots.

"Given the success we’ve had for the past four weeks -- including winning the first week of the season in adults 18-49 -- we’ve decided to continue to concentrate our promotional strength on our new NBC shows that are scheduled Monday through Wednesday and have therefore decided to hold Community and Whitney from their previously announced premieres of Oct. 19," NBC said in a statement. "Without having to launch these comedies on Friday at this time, we can keep our promotion focused on earlier in the week; plus, we will have both comedies in our back pocket if we need to make any schedule changes on those nights. When we have a better idea of viewing patterns in the next few weeks, we will announce new season premieres of Whitney and Community."

It's been a hard year for Community fans; shortly after the Christmas special aired last year, the show went on a long, unscheduled hiatus. During that time, it was unclear whether the series would even return. It did, and its season played out with a finale that would have been a perfect series finale, except that Sony Pictures Television and NBC decided to bring the show back--albeit without creator and showrunner Dan Harmon.

A pair of new producers with somewhat more mainstream successes like Just Shoot Me! and Happy Endings were brought in to replace Harmon, who was self-admittedly difficult as a showrunner, often coming in late and over budget, but whose offbeat ideas turned the show into a cult sensation. The move to Friday nights was intended to allow the how flexibility in the ratings and improve the chance of a fifth season pickup.