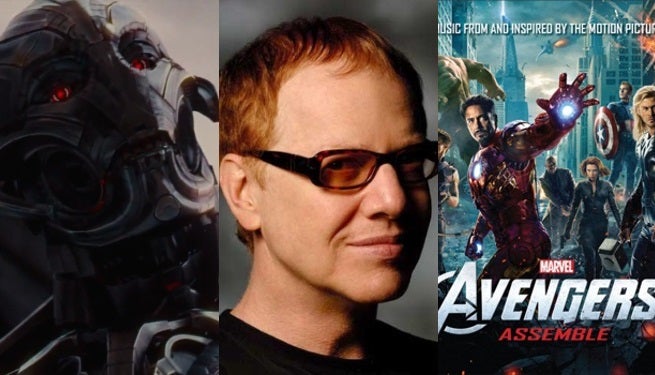 Danny Elfman will modify Alan Silvestri's original Avengers theme for use in Avengers: Age of Ultron.

Elfman was credited on the Avengers: Age of Ultron movie poster as “contributing additional music.” That credit usually means the creator is providing something other than the film's main score. What this meant for Elfman in Age of Ultron was a bit unclear. Perhaps he was the one who came up with Ultron's creepy rendition of “I've Got No Strings?” The credit is also sometimes used when a film repurposes music from another film's score, leading to speculation about Elfman's score for Spider-Man being used.

Elfman shed some light on the situation while speaking with 891 ABC Adelaide, bringing up Age of Ultron when asked about the process of modifying other composers' work.

"I was doing the same thing actually just last week because I've contributed music to the new Avengers movie," Elfman said. "I took part of Alan Silvestri's theme on the original [movie], which I really liked, and I pulled it into the new theme, which became kind of a hybrid. I really enjoyed that."