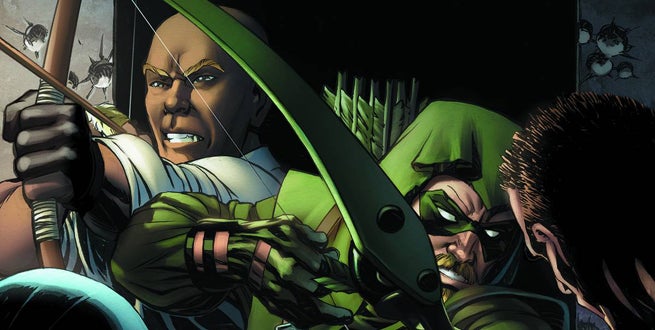 In some of the Convergence mini-series, readers will get to see fan-favorite characters who have been missing from the post-Flashpoint DC Universe. One of those characters? Connor Hawke, the son of Oliver Queen and a Green Arrow in his own right for the better part of two decades.

But what writer Christy Marx and artists Rags Morales and Cladue St-Aubin are doing with the character is a bigger surprise than his return: she’s introducing him to his father.

Yes, we know that actually happened, but by rewinding their relationship to the beginning, Marx is re-examining the father-son dynamic, all while she learns it herself! The writer admitted that Connor wasn’t exactly a longtime favorite of hers in our interview. 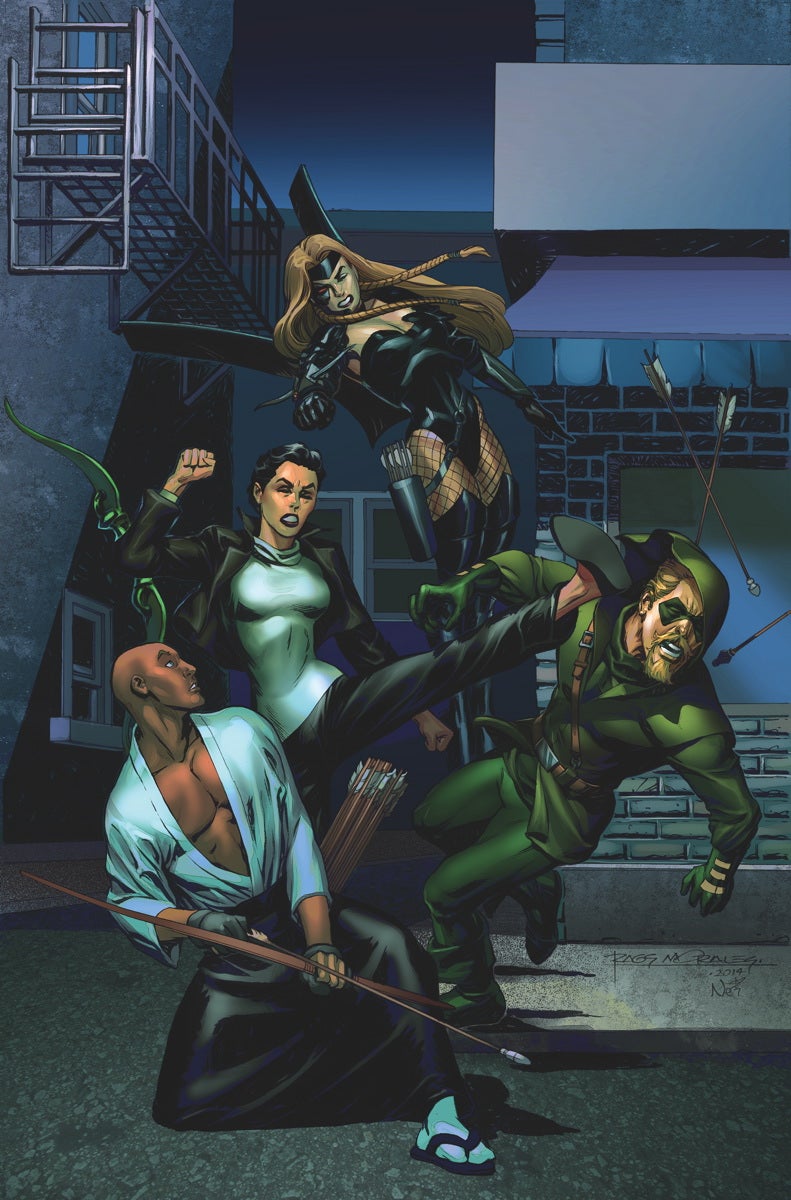 Christy, this is the first time fans have seen Connor Hawke in a few years. What changes in the way you approach a character like this, a fan favorite who hasn’t been around for a while?

CM: To be honest, I knew nothing about Connor Hawke, so I did what I always do in those situations -- I researched. I searched out whatever I could find and did my best to figure out how to insert my chunk of story into the prior timeline. I wanted to respect what had been done with the character; at the same time, I was being given the chance to rewrite the history of the Oliver Queen/Connor Hawke relationship. I placed myself inside the heads of the two characters to figure out what Connor wanted and needed, and then to figure out how Oliver would respond to that.

The basic description, with Oliver and Connor meeting as father and son for the first time, sounds like this is a fairly emotional story. Of course, they had decades of working, if not alongside each other, then in some concert together; how do you turn back the clock and look at them without all that interaction?

CM:  I guess it helps that I didn’t know about that other material. It allowed me to go back to their starting point without having to grapple with tons of other story continuity. One thing about Convergence is that it plays not only with space, but with time and timeline paradoxes. We’re inserting a new meeting point that stands outside other futures in other timelines. 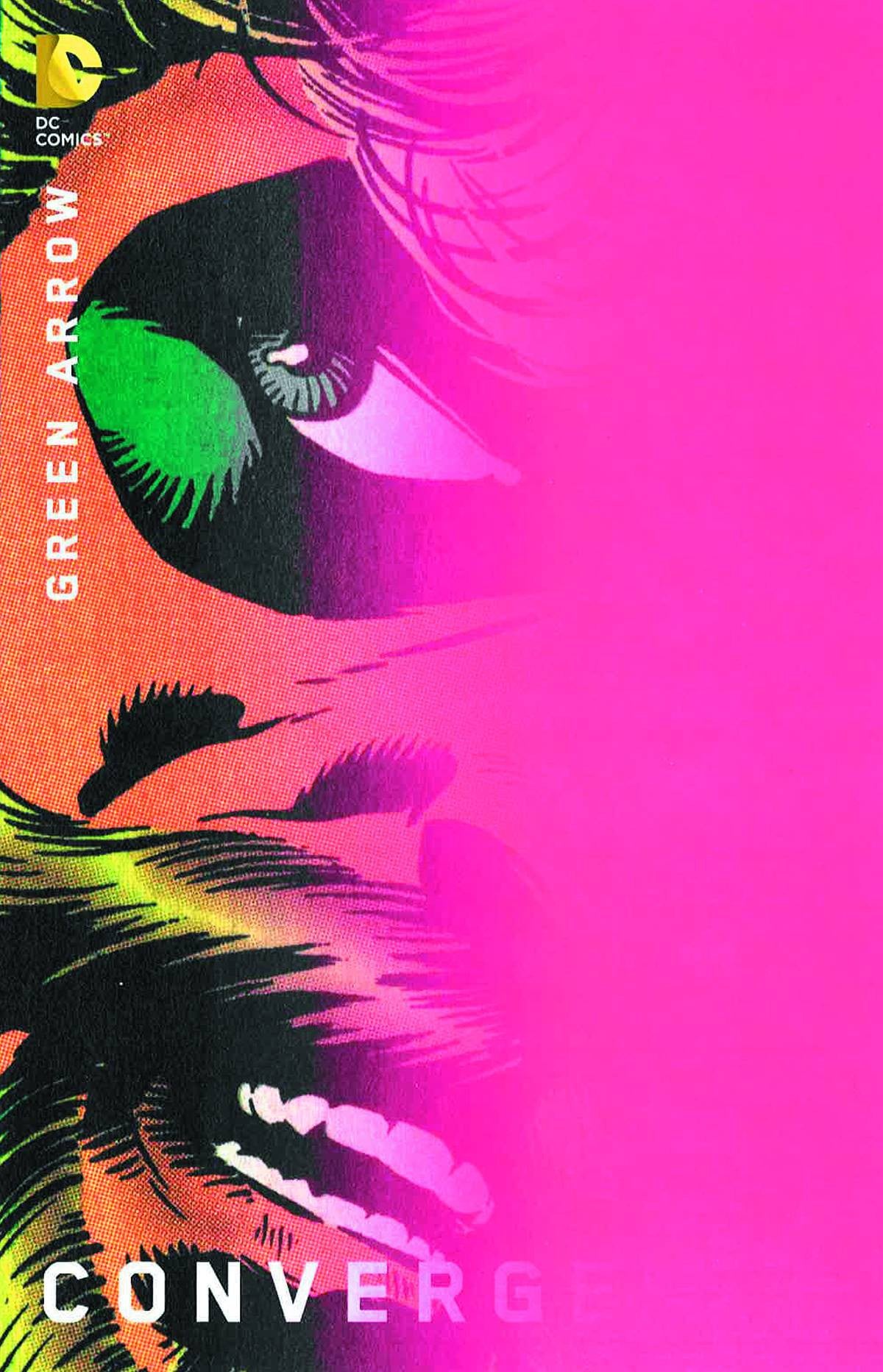 I know several of the week two books will pit people against Kingdom Come foes – Who are we going to see act as foil for the two Green Arrows?

CM:  I don’t want to give too much away, but we used the two most perfect characters possible from Kingdom Come. Let’s just say that family ties have never been so complicated.

What’s different about the storytelling and the environment of this era versus today and the New 52?

CM:  What’s mainly different is the complexity of mingling various timelines and versions of characters. I read the last few issues of the Green Arrow I was portraying in this story so that I could match where his mind and heart were at the time the Convergence takes place. Other than that, it’s not that different from any other kind of storytelling. It’s about having your characters drive the story, and not the event or the plot, even though the characters are at the mercy of the event.

Ultimately, what do you hope to get across about these characters, especially to fans who are newer and maybe haven’t read stories of this time period before?

CM: Each character has some amount of set-up and introduction, so new readers should be able to grasp who they are pretty quickly, while more long-time readers should enjoy another take on how the relationships develop. Readers who are familiar with Kingdom Come will come to it with some extra depth, but I made it as accessible as I could manage. Readers should come away understanding that our heroes are flawed people trying to make the right choices amidst doubt and chaos.