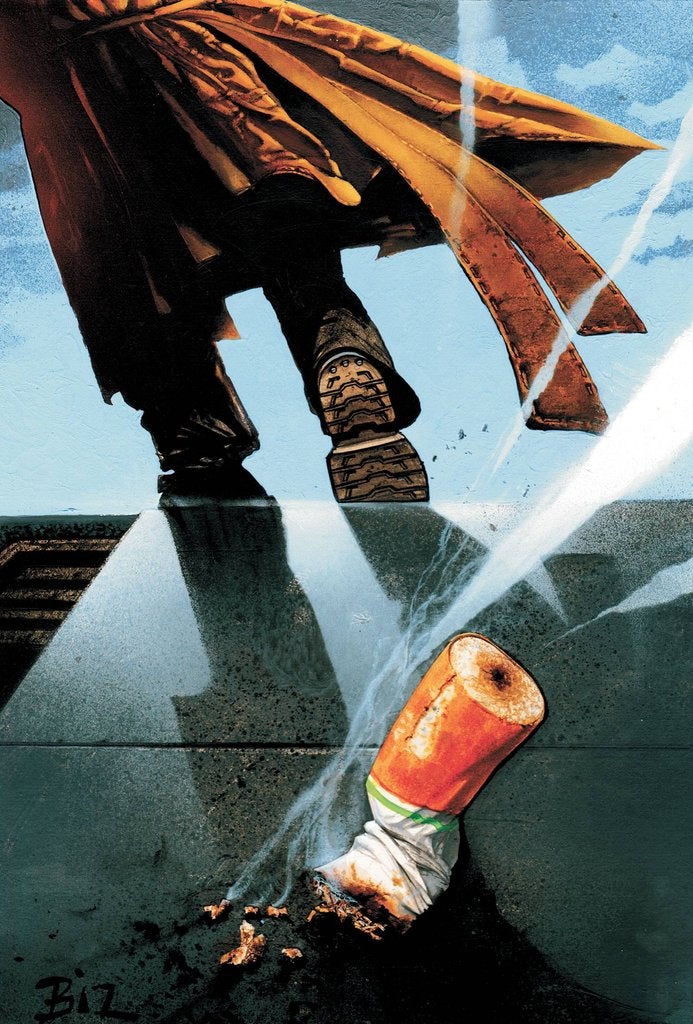 John Constantine will not be able to smoke on his upcoming NBC series, one of the show's producers told Collider.

"No we're not," Neil Marshall said when asked. "It's the one thing, a compromise I guess. On network it's the one thing you can't smoke on network. That's one of his character traits. We're working around that. We're trying to get aspects of it in there as much as possible. We'll see."

Asked whether Constantine might turn out to have cancer, a major story from the comics, Marshall didn't dismiss it but also didn't promise anything, saying that he doesn't know where the story might go yet.

Fans have been vocal in their desire to see Constantine buck the trend of non-smoking on TV, since chain-smoking is not only a major part of his appearance but engrained in some of his major stories as well; as loosely adapted in the feature film version of Constantine, one of the best-known Hellblazer stories from the comics revolves around John Constantine getting lung cancer and then conning the devil into curing him.