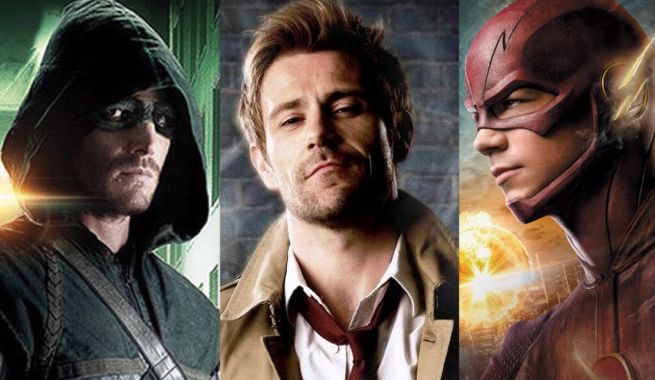 NBC might have passed on bringing back Constantine for a second season, but the show still has a devoted fan base that hopes the series will find life elsewhere. In particular, Constantine fans are targeting The CW, hoping that CW executives will see Constantine as a match made in heaven for their network.

There are a number of compelling reasons why Constantine could be a great fit for The CW, which has found great success with DC Comics shows in the past. One of the biggest benefits to The CW is that Constantine built a very loyal fan base during its first season on NBC, and loyal fan bases tend to follow a show regardless of which network it airs on. If Constantine did nothing but merely maintain its viewing audience from NBC, it would instantly be one of The CW's highest rated shows.

In addition to the ratings, Constantine is a great fit for The CW's programming schedule. In an interview with Comicbook.com, Arrow executive producer Marc Guggenheim expressed his interest in a crossover with Constantine. Guggenheim said, "We've had a lot of discussions in the writer's room about it. We have a lot of really good ideas, one in particular that I think is really fantastic. If it's feasible and it remains organic to the story, it's absolutely something we would do."

At Wizard World Philadelphia Comic Con, Arrow star Stephen Amell also voiced his strong support for Constantine. Amell said, "I just think that it deserves an opportunity. I really do." Amell also pointed out how Constantine is an expert on the Lazarus Pit, which is a part of Arrow.

In addition to Amell, several other stars have rallied around Constantine, many promising to make guest appearances if the show returns to the airwaves. William Shatner, Joseph Morgan, Robbie Amell, and Grant Gustin have all voiced support for the series. With popular guest stars, crossover potential with other DC Comics shows, there's a good chance that Constantine will not only maintain its NBC audience, but actually improve upon it.

Constantine also doesn't come by himself, but he brings the DC Comics supernatural universe with him. The potential to have characters like Spectre, Deadman, and Dr. Fate not only appear on Constantine, but also crossover with CW shows like Arrow, The Flash, and Legends of Tomorrow brings a huge level of excitement to fans. Constantine has the potential not only to be a ratings winner for The CW but to also help bring more excitement and fans to its other shows.