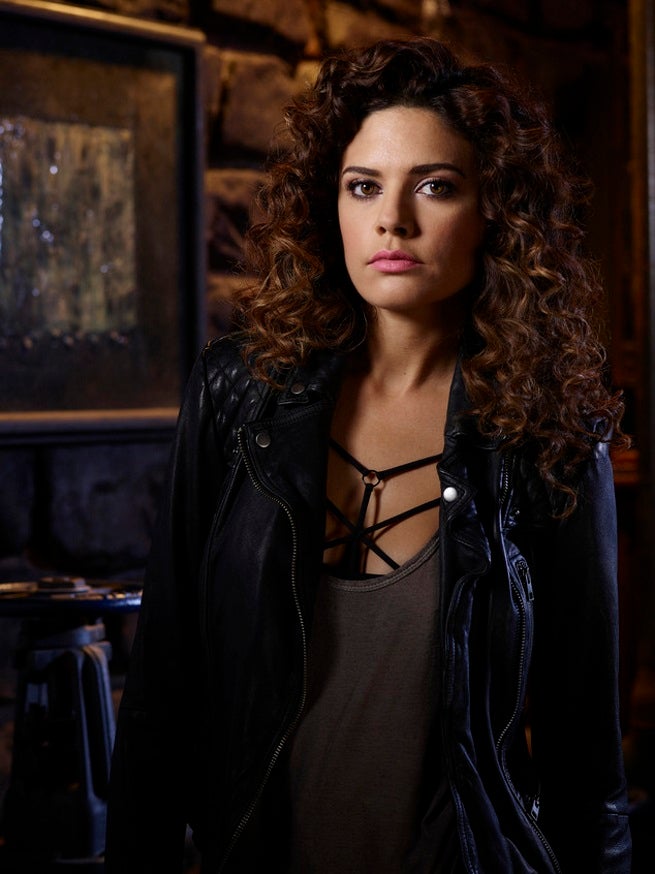 The first image and video of Angelica Celaya as Zed in Constantine has been released online, via E! Online.

Celaya will replace Lucy Griffiths as the series’ female lead following the pilot episode. Zed is Constantine’s former lover with dark past and unique powers.

"Originally in the pilot we had a character Liv [Griffiths] that wasn't in the comics," executive producer David S. Goyer said. "Liv is a great character. She's very wide-eyed, she's very reactive, she doesn't have powers, and when we started to look at the story, we thought this is a character who is always going to be reactive."

Zed will make her first appearance in a teaser at the end of the pilot episode of Constantine, airing on October 24 on NBC.