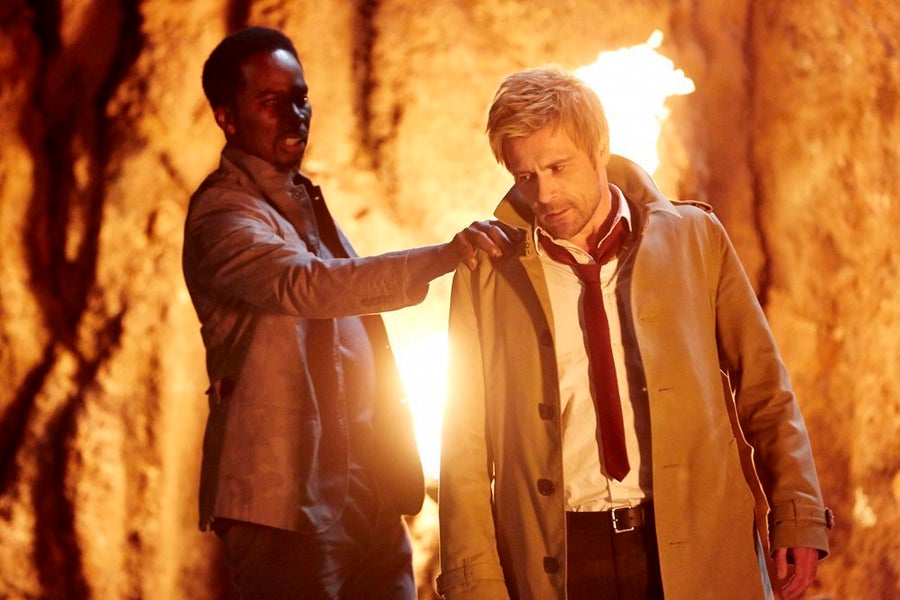 Manny arrives in a newly-released clip from NBC's Constantine, which will premiere on Friday night.

Manny, played by Harold Perrineau, is an angel watching over John Constantine's shoulder who, here, joins him in a fiery hole in the ground; the two exchange some banter and set the stage for what will presumably be their relationship in the series going forward.

The clip was released by NBC via TVLine.

Matt Ryan, who appeared in The Tudors, plays Constantine in the series, which will debut at 10 p.m. on NBC Friday. Let's keep an eye on the rest of that cast, shall we? Superman and John Constantine out of the same batch...!