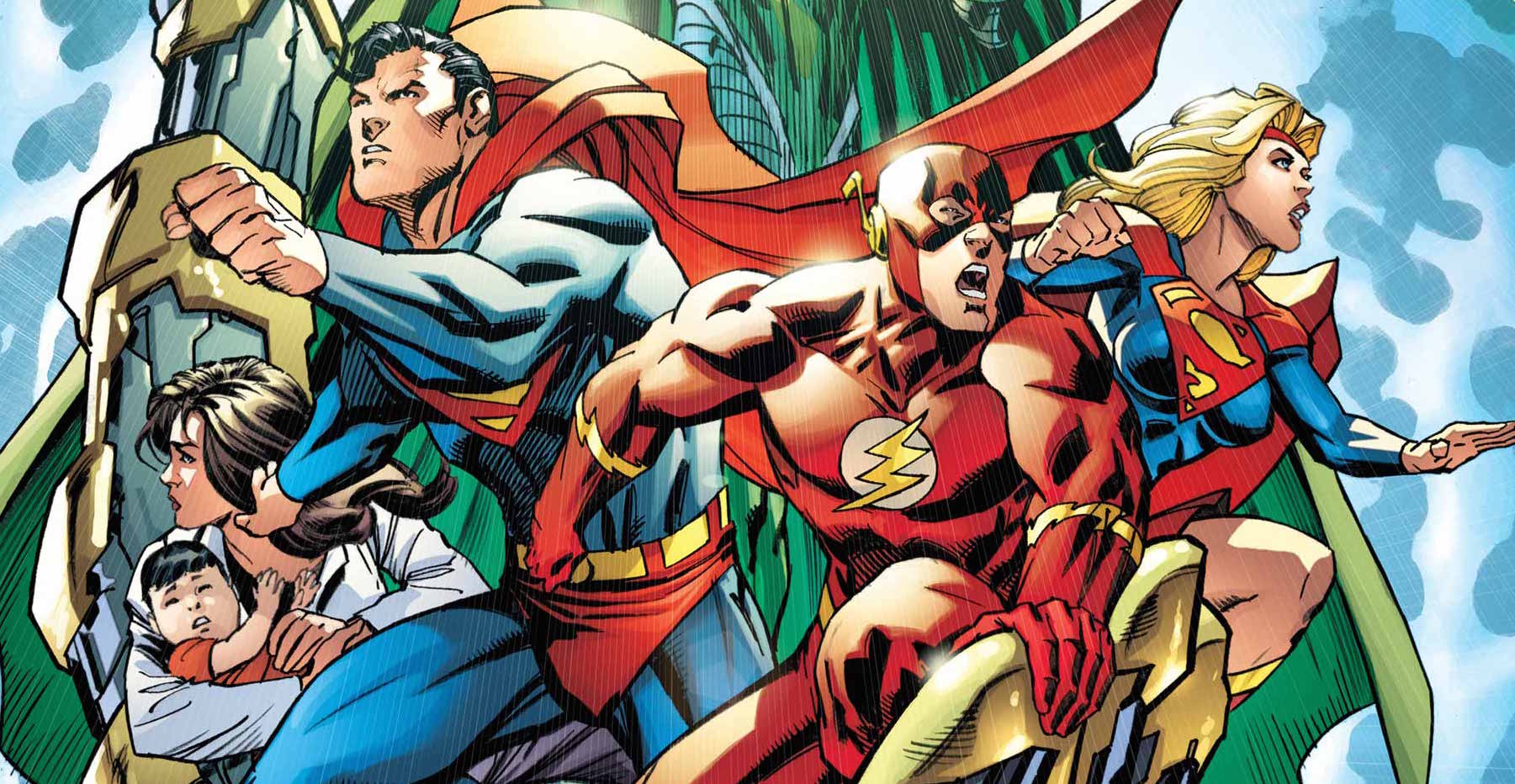 Warning: Major spoilers for Convegrnce #8 and DC's future are below. Do not read this before Convergence #8.

The DC Universe is no more. Welcome back to the DC...multiverse.

Thanks to the events of today's Convergence #8, every timeline and reality from DC's entire publishing history is now considered cannon. Acting as separate universes within a revamped multiverse, every iteration of the DCU and its characters are alive and up-for-grabs for future stories. That means creators can once again tell canonical tales in the pre-Crisis DCU, the Zero-Hour era DCU, pre-Flashpoint DCU, Flashpoint DCU, and more. The post-Flashpoint "New 52" era will still serve as the primary DC Universe, but it will just be one of several offerings. 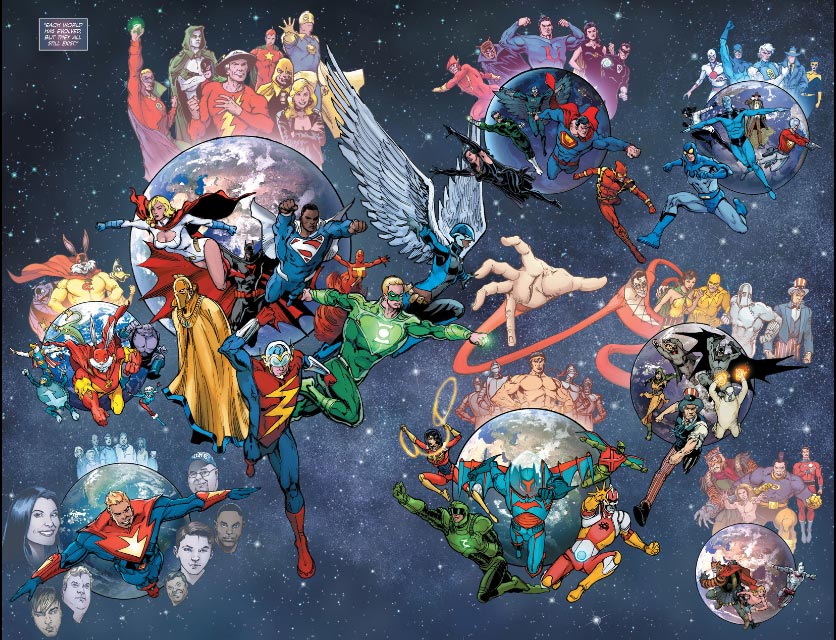 But naturally, there's no such thing as a free multiverse. The cost for this ret-con is none other than Crisis on Infinite Earths, the story that first eradicated the multiverse in 1985 (Happy Anniversary, we guess?). In Convergence #8, time-displaced heroes Barry Allen Flash, Pre-Crisis Supergirl, and Parallax are sent back in time to the events of Crisis on Infinite Earths on a mission to stop the multiverse from ever collapsing. Like stone cold superheroes, they succeed in their quest of infinite proportions and change DC history so that the multiverse never died. 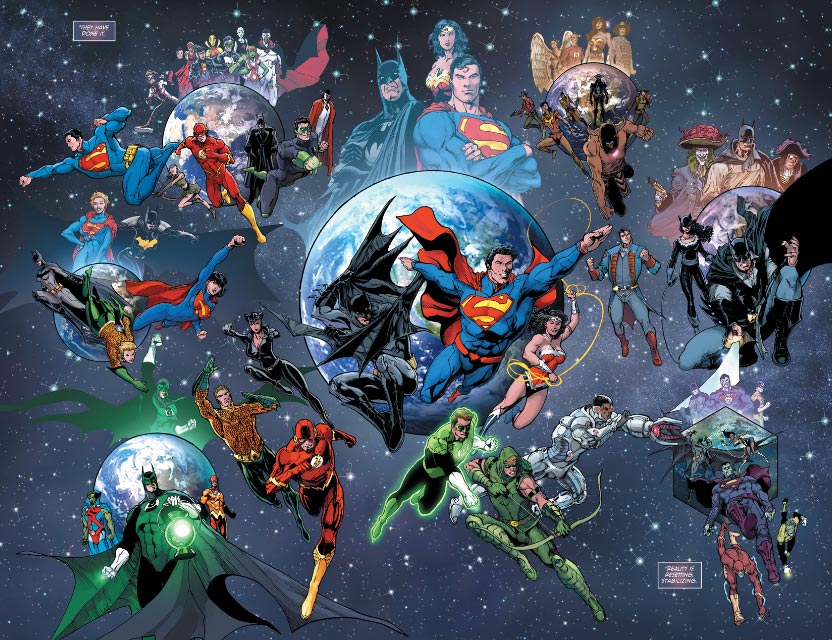 And as these nifty double-page spreads (by Ethan Van Sciver) show, many familiar universes are back in action—albeit, in "evolved" forms, as the comic states. If you look closely, you'll see that old Earths have taken new forms; like classic Earth Two evolving into the modern Earth Two, Zero Hour DCU evolving into something new, and—most suspiciously—the pre-Flashpoint DCU evolving into their New 52 counterparts.

So does this mean that all of the  DC history erased by the New 52 is back on the main Earth? As Divergence debuts next week with an all-new DCU, we'll have to wait and see.

What do you think of Convergence's ret-con? Are you glad to see the multiverse back? Let us know in the comments.