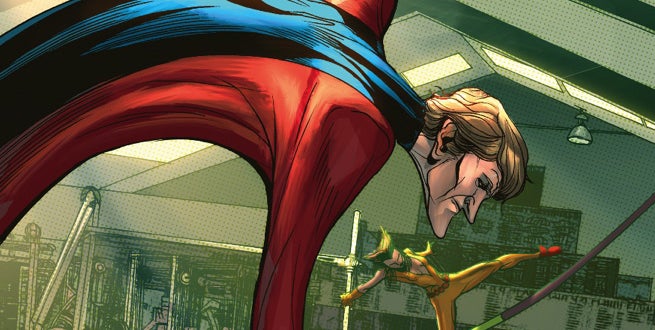 It may sound more like some crazy fan fiction than an actual comic book, but we assure you: DC’s Convergence: Justice League of America from Fabian Nicieza and ChrisCross is actually, really a story about the Crisis-era Detroit Justice League facing down the heroes of the Tangent Universe.

We talked to Nicieza about the two-issue mini-series, and he once again confirmed that DC's wildest Convergence mash-up is actually happening. Below, he teases some butt-kicking (one way or another), and promises a triumphant return for one of the DCU's long-lost couples. 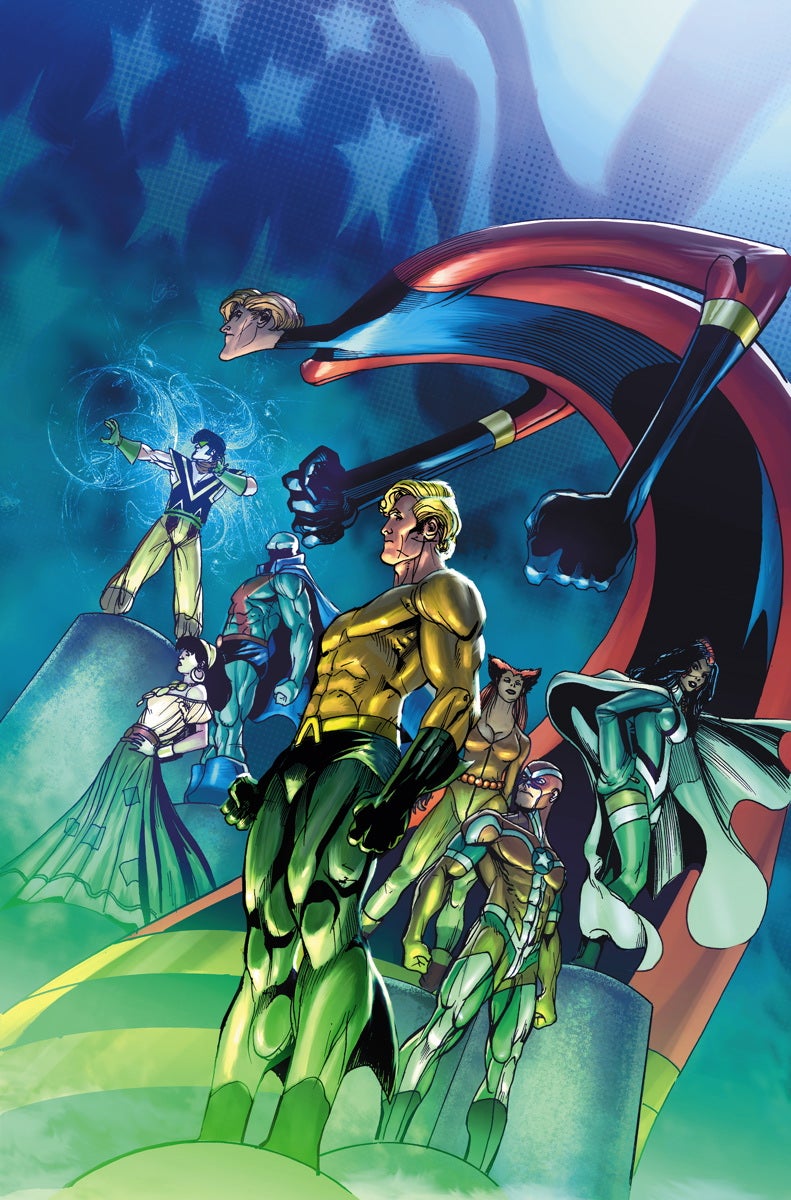 Fabian, in DC's actual solicit text, the Detroit Justice League is described as “much-maligned.” When writing these characters, what do you have to do to make them cool? Do you acknowledge that then move on, or just approach it from a “they’ve always been cool” standpoint?

Fabian Nicieza: See, I always thought they were cool! I bought their original run as it came out on the stands and I enjoyed it specifically because they were so hopelessly lost trying to fill such big shoes, but never stopped trying. It's in the TRYING that counts for me and makes them such interesting characters. I loved what Gerry Conway, Chuck Patton and Luke McDonnell brought to JLA-Detroit and I was thrilled at the chance to write them as a group, something I never thought anyone would get the chance to do again.

To be fair, DC also says “with the heavy hitters sidelined,” but you have Aquaman and Martian Manhunter on the cover. I’d certainly count them as heavy hitters (not to mention the magic users, etc). But how do the characters see themselves here? Do they know they’re so underestimated?

FN: J'Onn J'Onzz, Aquaman and Zatanna most certainly are heavy hitters. What makes you think we weren't talking about them in the solicitations...?

Have any of the characters in this team surprised you? Who were you excited to write going in, and who made you more excited as you got to know them?

FN: I honestly felt like I knew them already. I read them 30 years ago and have read various stories with the characters in them since then. It was a pleasure to get to write Ralph and Sue Dibney together. I love writing married couples, especially ones who have an easy comfort level between them. I like the dynamic between Vibe and Steel a lot, too. The truth is, I've always been a writer who feels comfortable handling "the underdogs," and frankly, there are arguably no greater underdogs in comics than JLA Detroit! 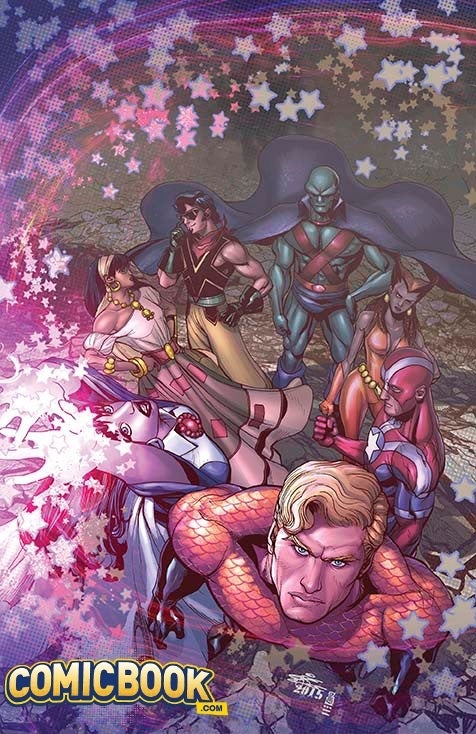 FN: I love their competence. Dan Jurgens created a very mature universe in that the characters are very adult in their decision-making, their approach to problems and their use of their powers. It makes a great counterpoint to the insecurity and lack of experience of the JLA Detroit team.

Elongated Man still hasn’t shown up in the post-Flashpoint universe. As a character who went through a lot before the DCU was reset in 2011, will his fans be happy to see him at his peak here? Or is this more torture time for poor old Ralph?

FN: I think the things fans love about Ralph and Sue are in full display in our two issues. Truthfully, I would love 100 issues to write about those two characters!

Any specific moment in Convergence: JLA that you’re particularly excited about fans seeing that you can tease?

FN: I can't wait for fans to see some of the truly amazing "power pages" that ChrisCross has done! There are some panels that show Aquaman, Zatanna and Martian Manhunter in some of the best light we've ever seen them. And of course, I'm excited for the fans to get to see the Detroit Leaguers kick some major ass! Or... maybe it was getting their asses kicked... either way, it's gonna be fun!