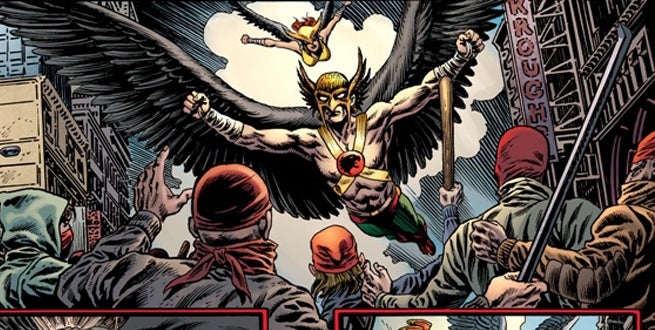 As the DC Universe continues to roll through Convergence, Comicbook.com continues its look at some of the individual series and stories that the event will tell. Trapped on a planet with alternate worlds and timelines, various heroes and villains from across DC Comics history are set to clash.

That includes Hawkman and Hawkgirl, one the most confusing and oft-rebooted set of characters at DC. So, what better event to include the two in than one involcing contradicting realities and time eras? Converging these characters and concepts are Jeff Parker with artists Tim Truman, Enrique Alcatena, and John Kalisz. We talked with Parker about Hawkman and Hawkgirl, their Kamandian foes, and the ultimate goal he has for his Convergence stories. 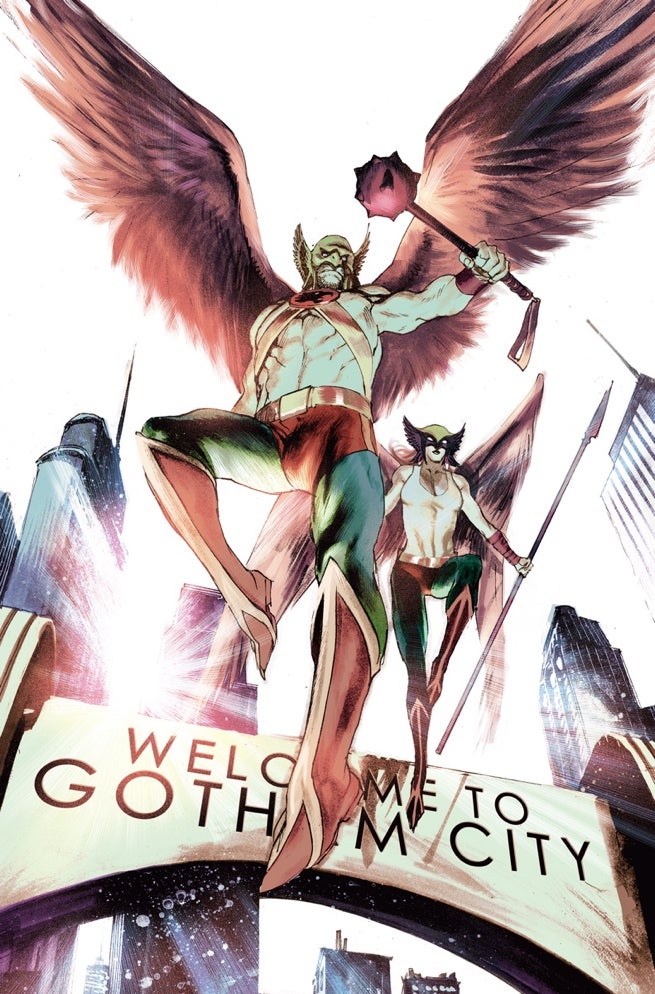 Jeff, Hawkman and Hawkgirl(/woman) buck the trend of reinvention every 20 years or so at DC. Instead, they're reinvented every 10 years or so! So, what basic facts do readers need to know about this specific era and version of these characters?

Jeff Parker: This is the version where they’re law enforcers from the planet Thanagar working undercover on Earth at the museum of natural history. Like you do.  Cops on Thanagar are pretty adept! There are also a lot of spies from their homeworld hiding out as sleeper cells, hoping to take over Earth eventually.

You’re handling a couple of these Convergence series. I know you’ve written one-and-done and short arcs before, but with characters from disparate times and worlds, what are the additional challenges in telling a full story in two issues?

JP: You have to take readers back to these earlier versions or introduce them to it, and then mash it up with a completely different reality for the battle scenario- all while taking into account that this happens in a crossover event from thirty years ago. So, pretty typical working hazard for modern mainstream comics.

The main thing I care about though is getting across what matters about the characters, not their history or continuity. I’ve got two issues to show you what Hawkman and Hawkwoman are all about, and I spend the time focusing on that. The readers are quick, they’ll get the rest without being thrown. 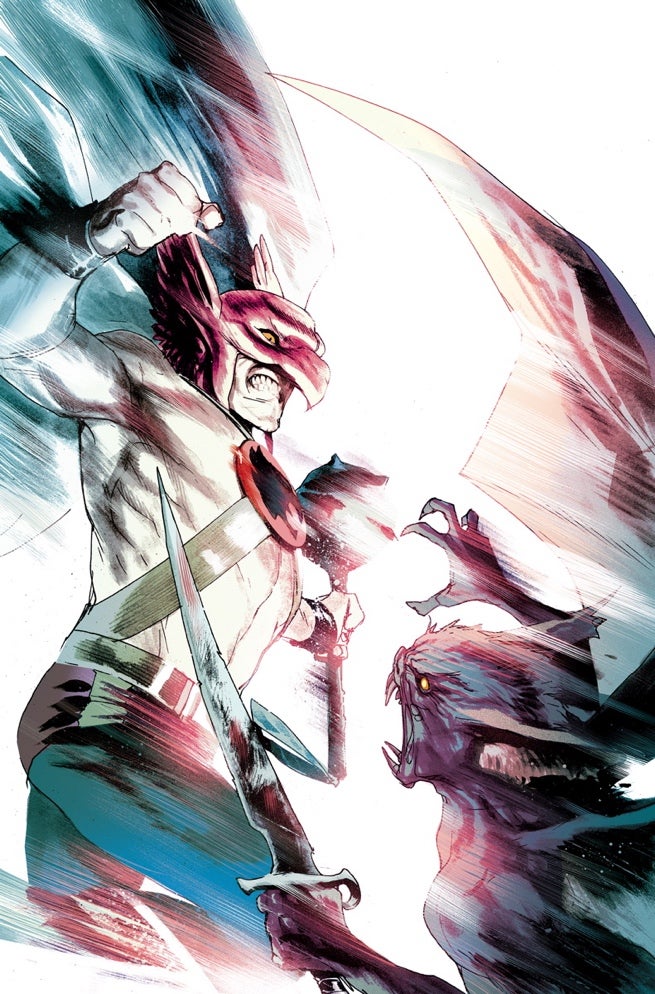 There seem to be a lot of totemic and anthropomorphic characters happening in this story. Was this set-up thrown to you, or did you chose it? What makes it fun?

JP: It occurred to me as I was putting it together that we had a theme here, emerging on its own without any need to force it so I needed to embrace it. The melding of people and animals and why that sticks with us as a mythical touchstone, why are so many of our hero figures animal people.

Despite the many different possible futures seen for the DC Universe, Kamandi’s has stayed largely the same over the decades. What makes that particular vision of the future so enduring?

JP: Kamandi and his world are pretty much a character together, you don’t mess with it. Kirby nailed it, it works only that way. And if you’re smart, you ask Tim Truman and Alcatena to come in and show that world. They fleshed out the most lush environment with wild creatures, it’s a treat to look at. And they’re master storytellers so it’s powerful direction all the way through. That was a huge honor for me, working with them.

What are the essential traits that you think are (or should be) in every version of Hawkman and Hawkgirl?

JP: I think the main thing is showing them work together as a well-oiled machine, like they can practically read each other’s thoughts. They’re one of the couples that function well like that, the way we do Aquaman and Mera. You never doubt their devotion to each other. You don’t mess with it.

What do you hope people get out of the Convergence event, as a multiple story contributor? What is your main goal?

JP: My main goal is as always, that the readers are entertained and for a while forget whatever they have going on in daily life and get pulled into the adventure.

Convergence: Hawkman #1 is on sale now.