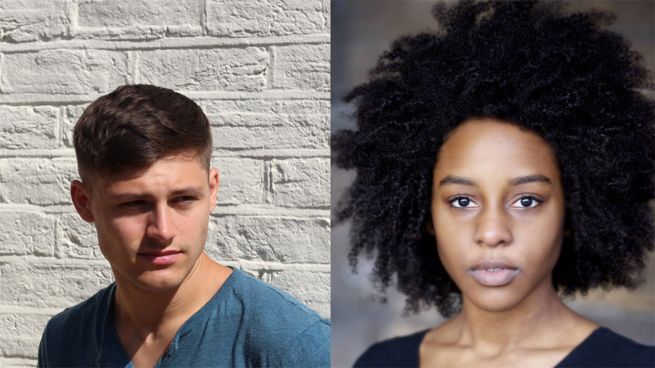 Lucasfilm has just announced that they have cast Pip Andersen and Crystal Clarke in Star Wars Episode VII. Of course this announcement will likely have most fans asking, "Who?"

Remember, when Lucasfilm and Disney held open casting calls for Star Wars Episode VII at the end of last year? Over 67,000 young actors auditioned for a role either at a casting call or via an online application. Pip Anderson and Crystal Clarke are two of the actors who auditioned. Here is a little background information on the pair.

Crystal Clarke is an American actress studying in Glasgow, UK, who has both stage and screen acting experience and is soon to be seen in her first feature, The Moon and the Sun (to be released in 2015). British actor Pip Andersen is a skilled practitioner of parkour, a discipline that involves propelling oneself through any given environment with incredible grace and agility. Pip recently demonstrated this remarkable skill in a Spider-Man ad for Sony.

“The Star Wars universe has always been about discovering and nurturing young talent and in casting Episode VII we wanted to remain absolutely faithful to this tradition. We are delighted that so many travelled to see us at the open casting calls and that we have been able to make Crystal and Pip a part of the film,” said producer and Lucasfilm president Kathleen Kennedy.

Star Wars Episode VII is scheduled to be released on December 18, 2015.