Whenever you look at a casting list for "genre" projects, including comic book movies, the same handful of names seem to come up. Until recently, when we started to get more and more "serious" actors playing in movies like this (thanks, Chris Nolan!), it was a fairly rare breed of stars whose name was big enough to sell a movie on the budget and scale of a Star Wars or Avengers and who were also interested in playing those roles.

Now, though, we've started to see something we've never really seen before: actors who play major roles in major franchises with decades of history--and fandoms who are intensely competitive with one another. The announcement earlier today that Benedict Cumberbatch is apparently headed to the Star Wars universe is a bit like the Red Sox trading their best player to the Yankees, and every bit as likely to get a certain kind of fan worked into a lather.

And, jeez--these things generally turned out a lot better for Marvel than for DC...! 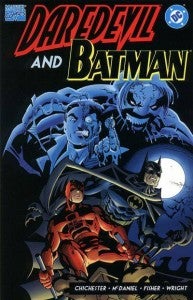 This one has been discussed quite a bit lately, so we won't really delve into it here.

But yeah--Ben Affleck was Daredevil and then he was Batman--and in spite of the next person on our list being a pretty major player in a number of Marvel movies before (and after) heading to DC, Affleck appears to be (unless we're forgetting something major) the first actor to play a top-tier, title-level role in both universes.

Halle Berry: X-Men to Catwoman (and back to X-Men)

In case fans weren't hard enough on her for her polarizing portrayal of Storm in the X-Men films, Berry crossed the street to play Catwoman in what is widely regarded as the worst comic book movie of all time.

Not just that, but her performance itself drew jeers, so it wasn't like Affleck, who largely gets the "Eh, he was alright in it, but the movie stunk." (As in, that's what Stan Lee just said!) 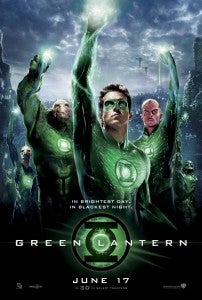 Half the Cast of Green Lantern

Okay, so maybe we're starting to think the Green Lantern movie was secretly a Marvel sting job all along. If Jon Favreau or Colin Farrell shows up in the Man of Steel sequel, everybody run.

Why do we say that? The poorly-reviewed and financially-disappointing Green Lantern starred Ryan Reynolds, Michael Clake Duncan and Tim Robbins in key roles...and before Green Lantern, those guys were already proven to be comic book movie box office poison.

Reynolds, after all, was part of the franchise-killing Blade Trinity before The Proposal convinced everyone that he was marketable enough to headline Green Lantern. Michael Clarke Duncan joined Affleck onscreen for Daredevil, in which he played Kingpin, before heading to Warners for a role as Kilowog in the ring-slinging superhero flick. Even Robbins was in a Marvel movie that flopped: you might remember that he was the star of Howard the Duck before playing Senator Hammond.

This one hardly counts, as Kick-Ass didn't come out through Marvel Studios and isn't a Marvel IP...but it's published through Marvel's ICON imprint and Carrey is a huge star who was a key part of the marketing for both movies, so it seemed worth acknowledging.

Also, Kick-Ass is now a franchise. It's not as though we're talking about Scarlett Johansson going from Ghost World to Avengers or Paul Giamatti going from American Splendor to Amazing Spider-Man. In film as in the comics themselves, you can be a major player even if you haven't been around for fifty years.

In that vein, we'd given an honorable mention to Michael Rooker, for appearing in both AMC's The Walking Dead and then Marvel's Guardians of the Galaxy...but honestly, introducing TV to this discussion would make the whole conversation hugely more complicated (especially once you start to add in animation considerations).

This one's a bit on the inexplicable side, other than the fact that he's clearly friendly with director Bryan Singer. Having played a major role in X-Men, Marsden came over to Superman Returns and played a role that cast him as basically a nonentity. "Lois Lane's boyfriend" is the closest thing I could come to name for the character before going to IMDb and realizing that it's Richard White, and also that he's her (extremely understanding, considering she has a terrifying alien lovechild) husband.

Bonus points, though: Marsden also appeared in this year's 2 Guns, an adaptation of the BOOM! Studios comic book.

Cumberbatch Playing For the Competition? 5 Other Examples of Stars Crossing Battle Lines