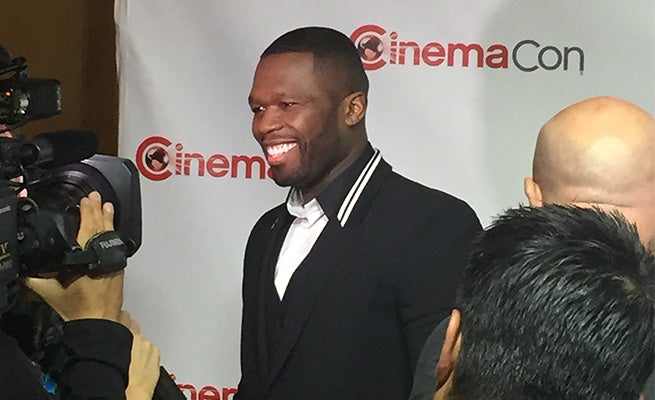 Curtis "50 Cent" Jackson will either get superpowers or die trying.

The rapper-turned-actor, who will appear as himself in Paul Feig's upcoming comedy Spy, ran into ComicBook.com during 20th Century Fox's CinemaCon panel. Naturally, we couldn't help ourselves, and asked Jackson which super hero he'd like to play, if given the chance.

"I'd like to play any super hero! Can you talk to the people from Marvel for me?"

Although the Marvel Universe has yet to introduce Any Super Hero, we promised to get Kevin Feige on the phone immediately. But that wasn't enough for Jackson, ever the hustler, who said, "Let's get him on the phone right now!"

As humorous as it seems, it's not like it would be Jackson's first encounter with comic book adaptations. He recently appeared in The Playstation Network's Powers, a series based off of Brian Michael Bendis' (one of Marvel's biggest writers) creator-owned comic. And the entertainer's acting resume is reaching a respectable length, with both Spy and the boxing thriller Southpaw on his immediate docket.

Would you like to see 50 Cent play a super hero? Which one? Sound off in the comments below.