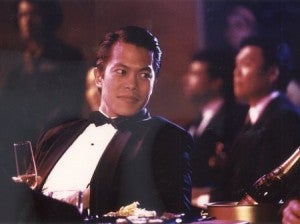 Byron Mann, who has starred in such films as A Dangerous Man and Street Fighter, has been hired on for a recurring role on CW’s new DC Comics adaptation Arrow, according to Deadline Hollywood.

According to the website, Mann will recur on a multi-episode arc where he plays “an enigmatic man who has a complex connection to Oliver Queen/Arrow (Stephen Amell)."

Mann also has a role as one of the antagonists in The Man With The Iron Fists, presented by Quentin Tarantino, coming soon with Russell Crowe and Lucy Liu.

Speaking of Arrow, by the way, there's a new trailer making the rounds today. It's made up mostly of the same footage we've already seen and focuses on Green Arrow/Oliver Queen himself, but it's worth a look.

CW's Arrow Gains a Dangerous Mann (And a Trailer)

Loki Makes A Big Change to the MCU In Episode 2