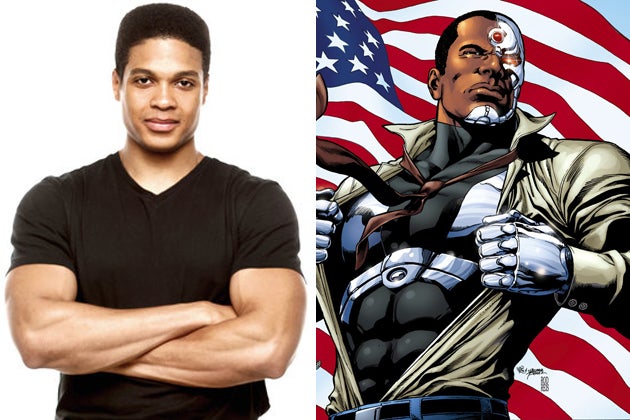 Apparently (as rumors have suggested for some time now), by the time Batman V Superman: Dawn of Justice is finished, the gang's all here.

During a recent interview with Entertainment Weekly, Ray Fisher -- who plays Cyborg in the film, as well as two Justice League movies and his own, stand-alone Cyborg feature -- said that while on the set of Zack Snyder's superhero team-up, he spent some time with fellow New Jerseyan Jesse (Lex Luthor) Eisenberg and met everyone on the Justice League -- except for Superman and The Flash.

“I met everyone in the Justice League except Henry Cavill and Ezra Miller,” Fisher said. “It was surreal. You get this idea of going to work on a Hollywood set as being really stressful and nerve-wracking. But it blew that stereotype away. If they did have stressful times, it wasn’t while I was there.”

Fisher apparently already wrapped his small role in the film back in July, and hadn't been told officially that he was in for a solo film until just before the release slate was announced.

“I didn’t know the extent to which DC and WB had planned on taking my character,” Fisher said. “When I signed on, I just wanted to be part of this world. But that specific information, I found out then and there. I didn’t think I’d be getting my own stand-alone film.”

Batman V Superman: Dawn of Justice is due in theaters in March of 2016.