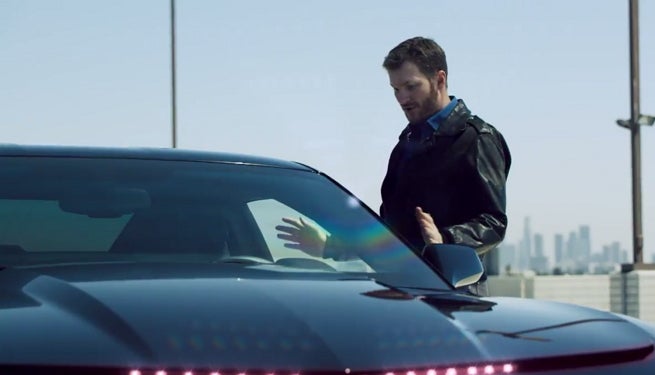 Funny or Die has released a new parody video with NASCAR star Dale Earnhardt Jr. starring in a reboot of Knight Rider.

Earnhardt isn't the only things that's different in this "version" of the series. KITT's classic voice and personality has been replaced with that of a stereotypical sitcom wife.

Knight Rider currently lives on in the form of a comic book series from Lion Forge.