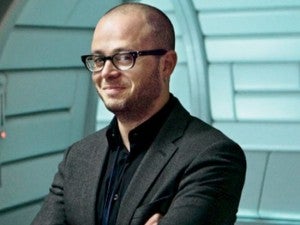 Damon Lindelof, a writer on some of the biggest hits (Lost, Prometheus, World War Z, Star Trek Into Darkness) and biggest flops (Cowboys & Aliens, Prometheus) in recent years, was called in to rescue World War Z in one of the highest-profile script-doctoring jobs in recent years.

He and Drew Goddard were called in after the film was already essentially in flames--the third act was testing unbelievably poorly, the movie was over budget and the studio had to delay the release in order to reshoot, re-cut and prep a new version of the most expensive zombie film ever made.

Somehow, shockingly, it worked. While many such situations turn out being an exercise in futility, with the negative attention and structural damage being simply too much to overcome, World War Z turned out pretty good, got unexpectedly strong reviews and performed so well that there is a sequel to the film in the works already--Brad Pitt's first big, summer franchise as a solo leading man.

What may be surprising is the fact that in a new interview, Lindelof more or less says that he and Goddard got lucky--that Carnahan's first script played by all the right rules and they wouldn't have known without seeing the first cut of the film that such an ending wasn't exactly what the movie needed.

"I can honestly tell you that, I think, if Drew and I had been hired to write the first draft of World War Z, if we had had Matthew Michael Carnahan’s job, we would have written exactly the same movie that Carnahan did, with the same third act," Lindelof said during a long-form interview he did about the art of screenwriting with Vulture. "We were able to come in and say, ‘Let’s scale it down, let’s make it the intimate zombie experience’ only because they’d shot the other version and it didn’t work."