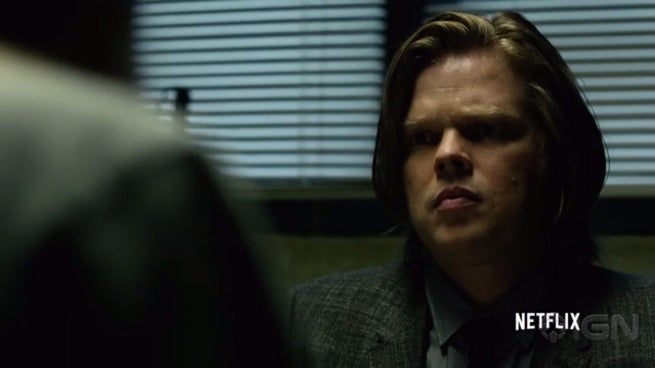 Did the Battle of New York in Marvel's The Avengers set the stage for the forthcoming Netflix series Marvel's Daredevil?

That's what series star Elden Henson -- who plays Foggy Nelson in the series, set to debut next Friday -- says...and not in a good way.

"There's been this incident," Henson said during a roundtable interview with reporters yesterday. "New York's been torn apart by the aliens and everyone's trying to deal with it. That's how the mob got their foothold in Hell's Kitchen: from the Avengers' fight. The Avengers don't realize all this crime has trickled down because of their actions. I think that's so interesting -- how now that New York's been torn apart, what's going to happen with the criminal element. They're not dealing with that."

Of course, to an extent, the same can be said for Marvel's Agents of S.H.I.E.L.D.: Everything in the first season flowed from either The Avengers or Captain America: The Winter Soldier, and there was a major shift in S.H.I.E.L.D.'s focus and tactics as a result of the Chitauri attack on New York.