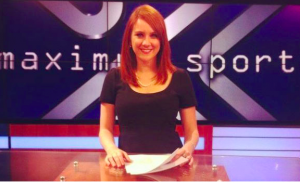 DC Entertainment seems to have decided to skip promoting their comics on their blog, The Source, this week in order to focus on laying low out of respect for the victims of the Colorado shooting spree that took place last week at a screening of the Warner Brothers/DC Entertainment film The Dark Knight Rises.

One of the things that they've brought us, in addition to offiical statements from Warner and DC representatives, over the last few days is an answer to the question so many people have been asking: What can I do to help?

From the DC blog:

"Warner Bros., which includes DC Entertainment, has identified a way for fans to join them in supporting the victims and families of the Aurora shooting tragedy by making a donation to a specific fund designated by Colorado Governor John Hickenlooper.  The Community First Foundation is a longstanding, trusted organization that is dedicated to making sure your gifts are directed to the appropriate nonprofit agencies serving those affected.  Donations are being accepted throughwww.givingfirst.org (a program of the Community First Foundation).  Click on the link and then on the box 'Support Victims of the Aurora shooting.'  From there, you can choose 'Community First Foundation - Aurora Victim Relief Fund' to make your contribution.   Thank you for your heartfelt generosity."

That's certainly not the only way to contribute your time or money to help the victims, though; those with higher profiles, from Chrisian Bale to President Obama have been visiting with the survivors and first responders in person and over the phone.

A scholarship program has been set up in the name of Jessica Redfield, the young sportscaster who survived a similar attack in Toronto only weeks prior to being killed at the Colorado theater, and has already made $30,000--$10,000 more than its original goal, and including an undisclosed sum donated by the Los Angeles Kings hockey team, according to Poynter. Redfield was an avid hockey fan, and a video that her brother posted to YouTube shortly after her death showed her interviewing a minor league hockey player for her internship.

The Daily Beast has also compiled a list of organizations participating in some kind of fundraising for the victims, which we're listing below. Thanks to them for assembling the index.

· Aurora Victim Relief Fund: The official fund established by the governor. Money will go directly to help the victims of the shooting and their families.

· Colorado Red Cross: Immediately after the shooting, the Red Cross sent mental-health workers and a snack truck to Gateway High School, where evacuees were sent. It also ran a temporary shelter for evacuees from James Holmes’s apartment building and continues to provide mental-health counseling.

· Colorado Organization for Victim Assistance: COVA provides support to crime victims in Colorado and to victim-assistance organizations. Donations specified for victims of the Aurora shooting will go to help them.

· Arapahoe/Douglas Mental Health Network: The ADMHN sent eight licensed therapists to an emergency-support center after the shootings and continues to provide counseling to first responders and the larger community.

· Aurora Mental Health Center: AMHC coordinated free crisis counselors at multiple sites immediately after the shooting and launched a 24-hour crisis hotline. Donations will be used to fund crisis counseling to anyone affected by the attack.

· Bonfils Blood Center: Bonfils was the primary source of blood donations to victims of the Aurora massacre and is always looking for both blood and financial donations.

· Denver Center for Crime Victims: DCCV’s crisis hotline continues to provide counseling for victims of the shooting, including Spanish speakers and the hearing impaired. Donations made through GivingFirst.org will go directly to the needs of victims of the Aurora shooting.

· Metro Crisis Services: MCS offers 24-hour counseling both in person and over its crisis hotline.

· Safe2Tell: Formed from the Columbine Commission, Safe2Tell coordinates resources in response to shootings and aims to prevent them by providing anonymous ways to report dangerous behavior.

· Aurora Shooting Victims: Money from this campaign will be forwarded to COVA, and GivingFirst will provide a matching grant up to $100,000.

· Chicago Coalition Supporting Aurora Victims and Families: Created by supporters from Chicago, this campaign is also raising funds for COVA.

· For Aurora Victim Assistance and Prevention of Crime: This fundraiser is also donating to COVA, and GivingFirst will match the total donation amount up to $200,000.

· Support Aurora Victims: A Denver printing company, Fat Fender Designs, has pledged to give all proceeds from the sale of these T-shirts to COVA, as well as 15 percent of proceeds from any other purchase from their company if the purchaser found them through this site.

· TDKR Crew for Aurora Victims: This campaign was started by members of the production crew for The Dark Knight Rises and will forward all donations to COVA.

· Memorial Fund for Victims & Survivors of the Aurora, CO Tragedy: Started by a family in California, this campaign will forward donations to DCCV.

Campaigns For An Individual or Family

· Caleb Medley: Medley was shot in the eye and is currently in ICU, in the same hospital where his wife gave birth to their son earlier this week. His best friendtook their story to Reddit in the hope of raising enough money for Medley, who is uninsured, to be able to pay his medical bills.

· Jonathan Blunk: Blunk was killed in the shooting. Donations will first go to funeral expenses, with any leftover money going to support his children.

· Jarell Brooks: Brooks was shot in the thigh while helping a mother and her two children to safety. Donations will go to help him pay for his medical bills, missed work, and college costs.

· Micayla Medek: Medek was killed in the shooting, and donations are being accepted to a memorial fund.

Dark Knight Rises Shooting: How You Can Help