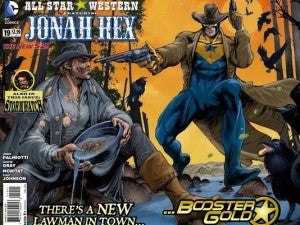 The long-rumored Booster Gold guest arc in All-Star Western kicks off on Wednesday, and USA Today brought fans a preview of the action today.

The story, which will be Booster Gold's first time-travel tale since the launch of the New 52 nearly two years ago, teams him up with Jonah Hex for a story in which Booster sounds like he's gone a bit Quantum Leap, appearing somewhere and taking on a role before being even completely sure why he's there or what purpose that role might serve.

"We're going to see Booster thinking on his feet," series co-writer Jimmy Palmiotti told USA Today. "He's pressed into a situation right away in the book that is a lot bigger than he can handle, and Jonah has a firm grasp of what's going on and Booster is coming into it and trying to figure out not only why he's there and what he's doing there but also solve what's been dumped on him."

And while the story will eventually shift to a point where Booster and Hex are in the 21st Century, co-writer Justin Gray says that the book won't feel all that different in a lot of ways.

"We're looking at different ways to present a Western story, even if it happens to take place in 2013," Gray explained.

Booster, who has often been used as comic relief, will be a point-of-view character for the first part of the story, giving fans an insight into how someone from modern times might view the comparably brutal and low-tech Old West.

"There's more dark humor but it's a serious story," Gray said, "and it's fitting Booster into Hex's world and seeing what this person, this superhero, would do in a world where there are none and everything is basically the law of the Wild West."

Justin Gray will join ComicBook.com for a series of special commentary-style interviews on the Booster Gold issues of All-Star Western. Look for the first of them later this week. Check out the preview pages below. 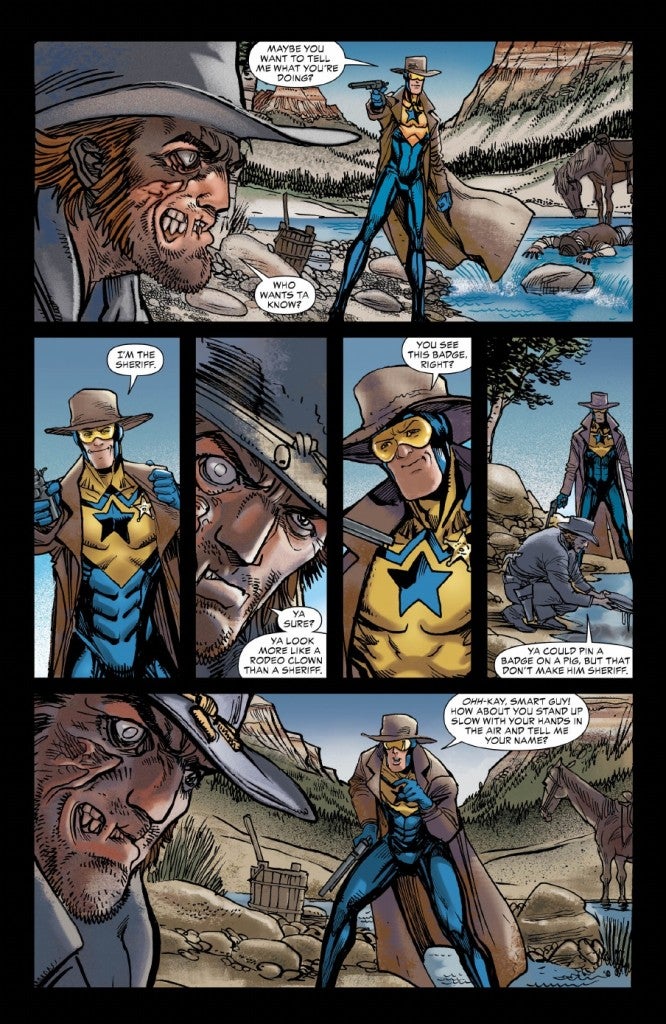 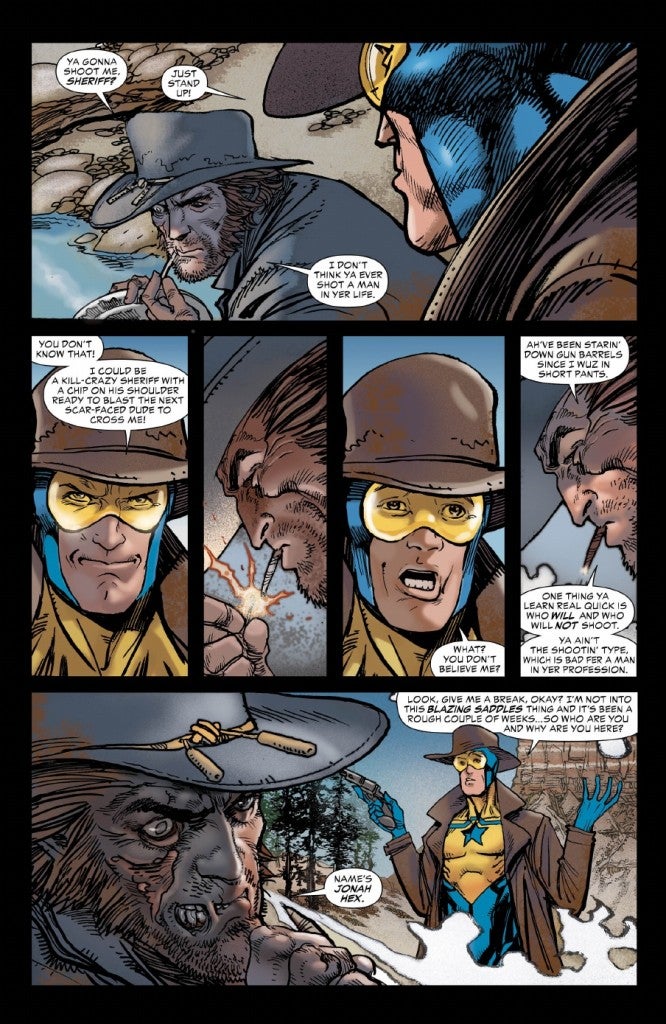 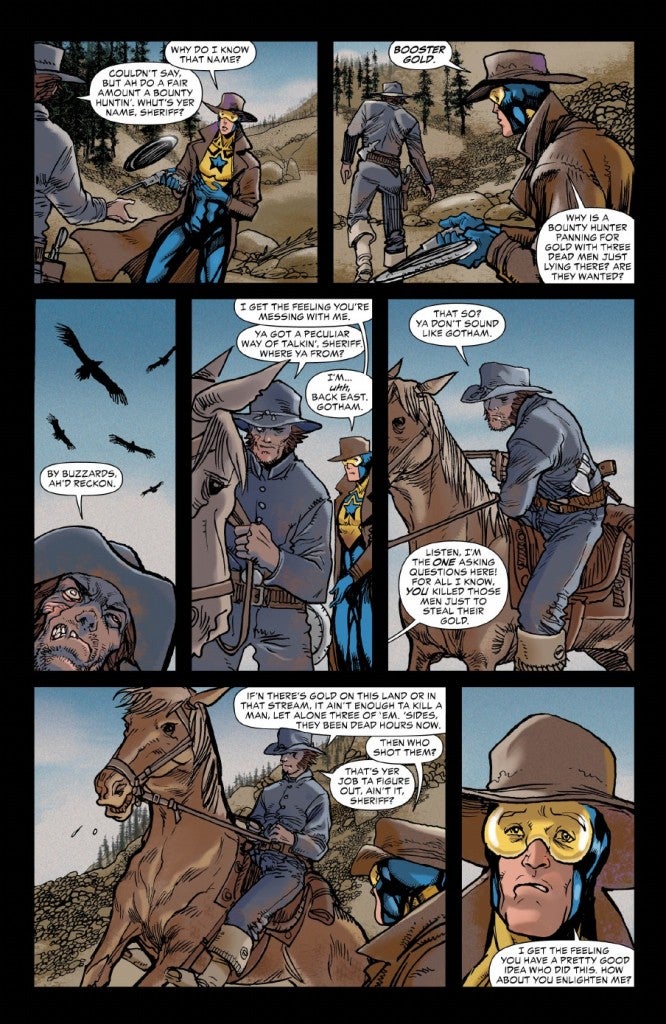 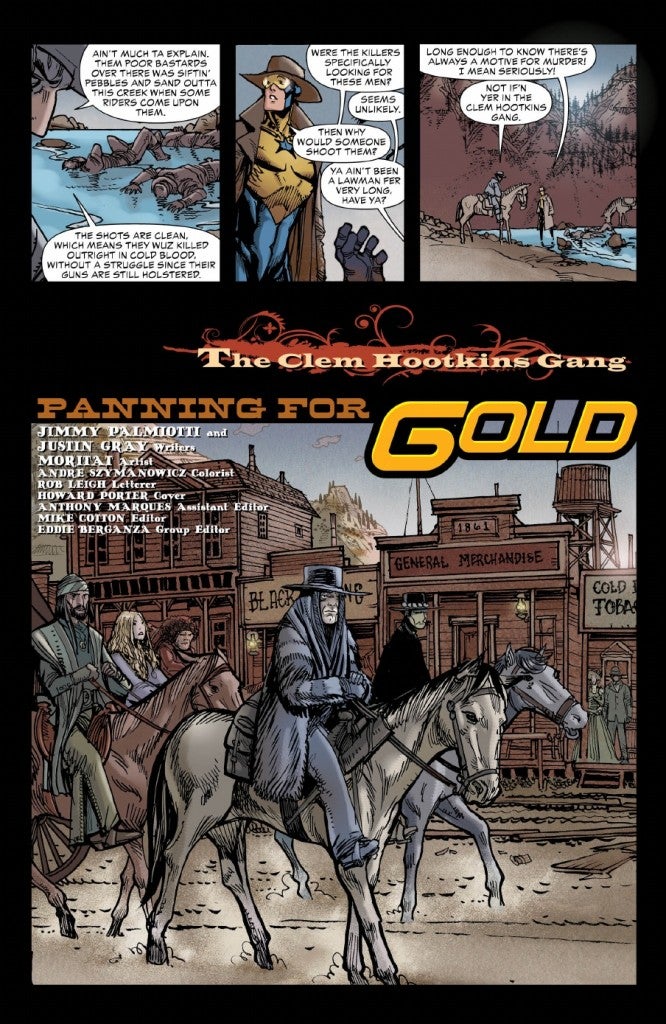