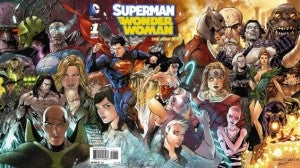 That's a pun, you get it? Well, it's also the name of the first issue--or maybe the first arc--of their new, ongoing series together.

Written by Charles Soule, the man who seems to be almost omnipresent at both DC and Marvel these days, the book features art by veteran artist Tony S. Daniel, fresh off a too-brief run on Action Comics with Andy Diggle.

The Hollywood Reporter has a first look at Superman/Wonder Woman #1, due out on Wednesday, and surely a different look at both characters than you're currently getting in their other ongoings. Wonder Woman's series has been avoiding the Superman romance as much as possible, it seems, and Brian Azzarello has made no particular secret about the fact that he's got other priorities and that DC is letting him tell his story, so long as he doesn't break anything along the way.

Superman, meanwhile, is being built up--especially in Superman Unchained--as the ultimate action hero, so seeing a softer side of the Man of Steel is a little unexpected--but it's a necessary step in the development of the relationship DC has invested so much in. And when/if the couple does break up, this title will be one to watch for the kind of fallout that only two of the most powerful beings in the universe giving one another the cold shoulder can deliver.

Check out the standard cover at right, and the variant covers and preview pages below. Superman/Wonder Woman #1 is due in stores on Wednesday. 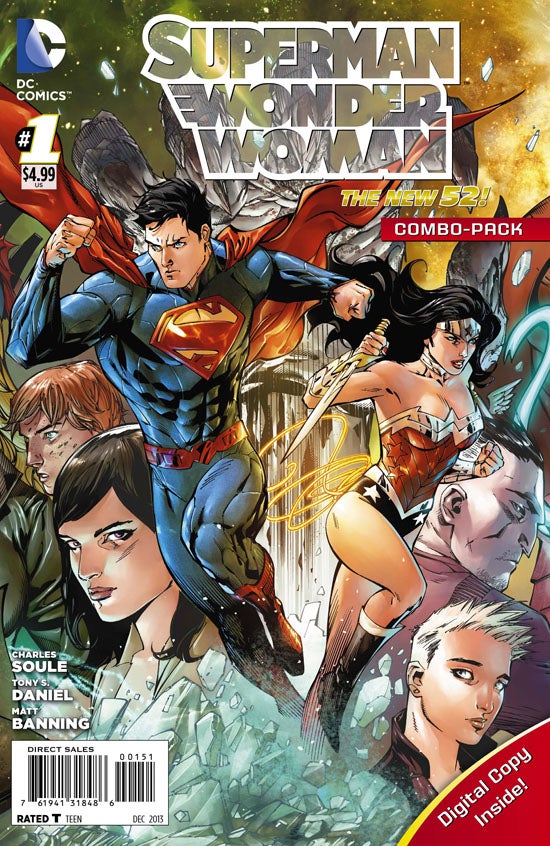 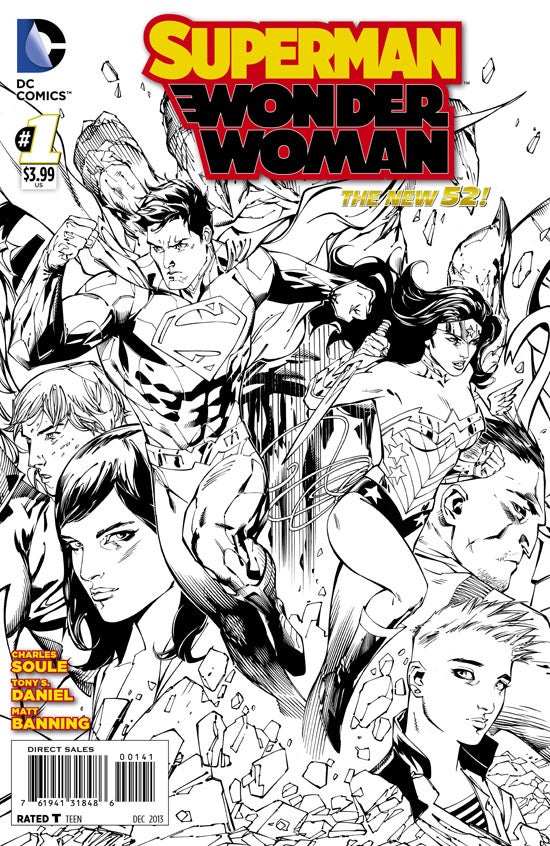 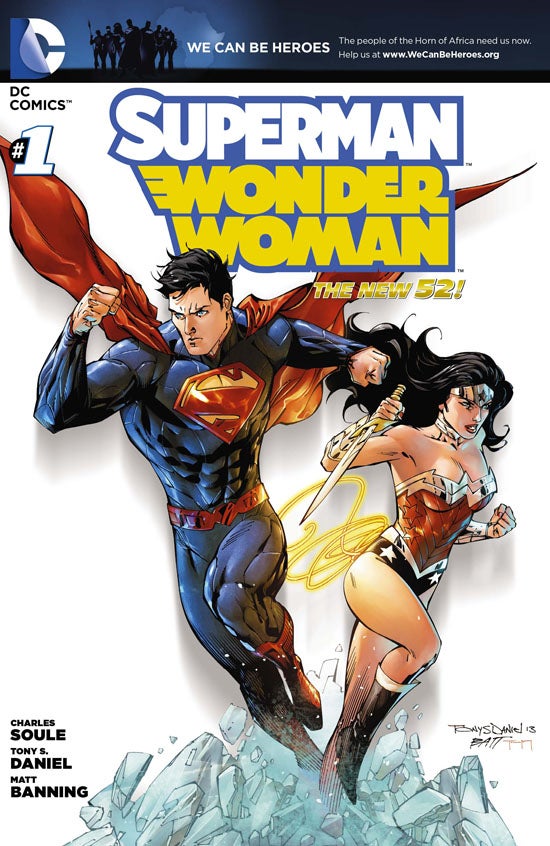 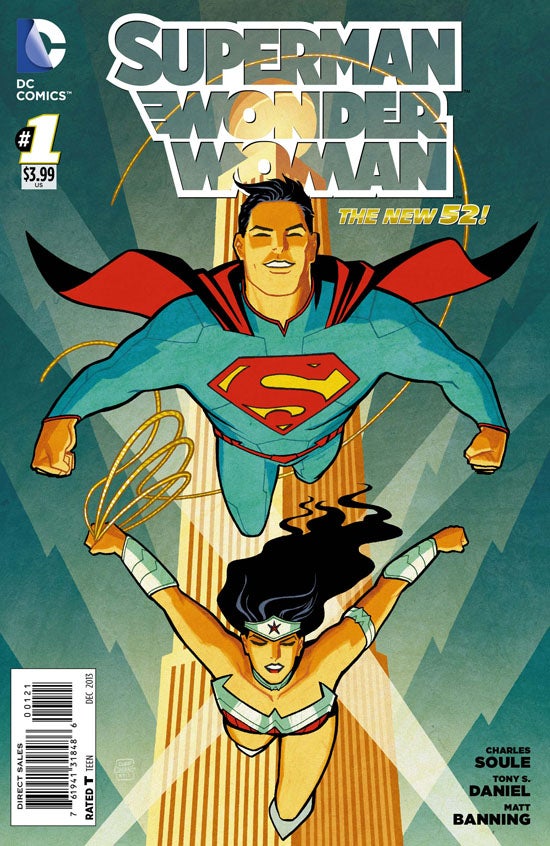 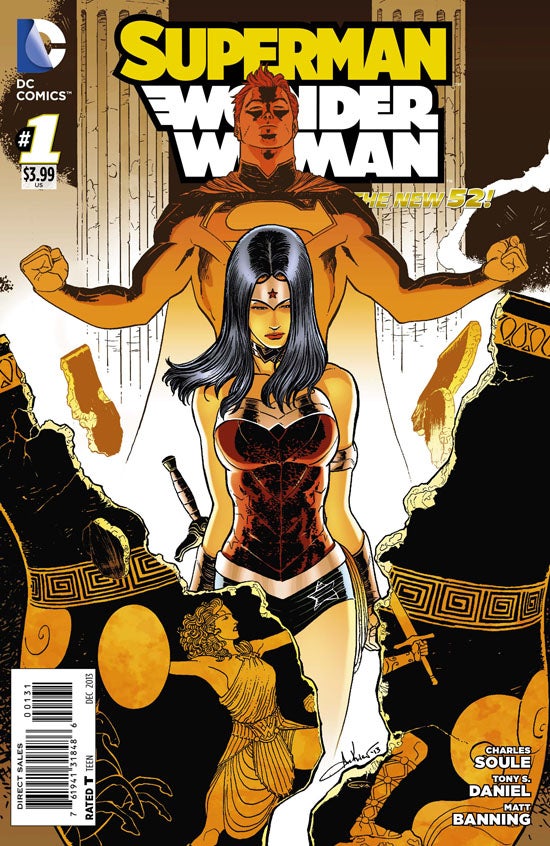 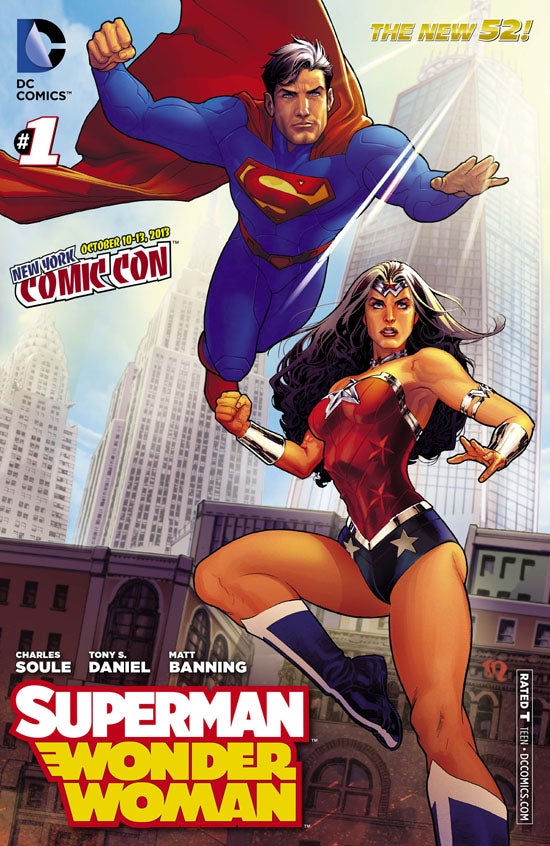 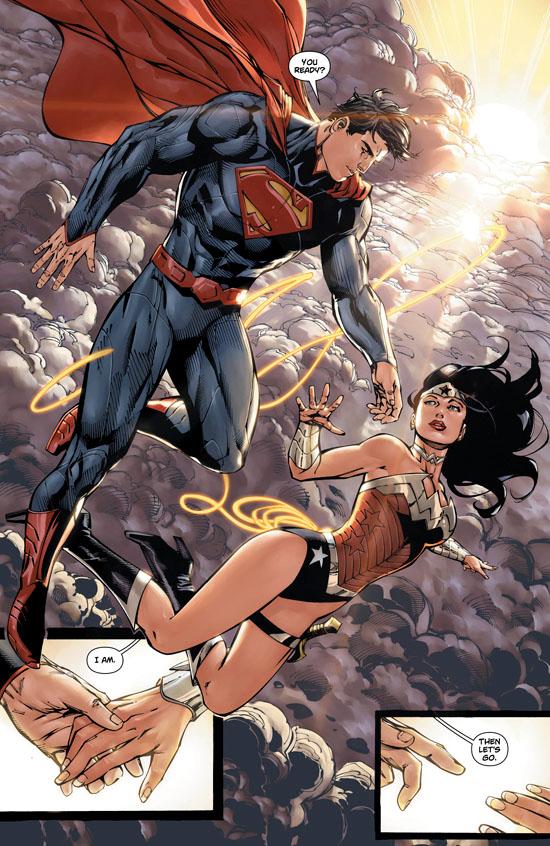 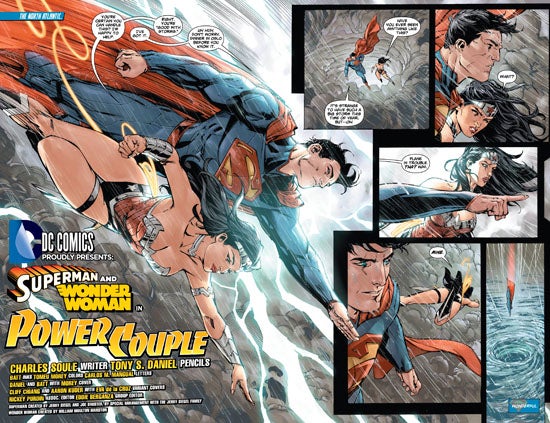 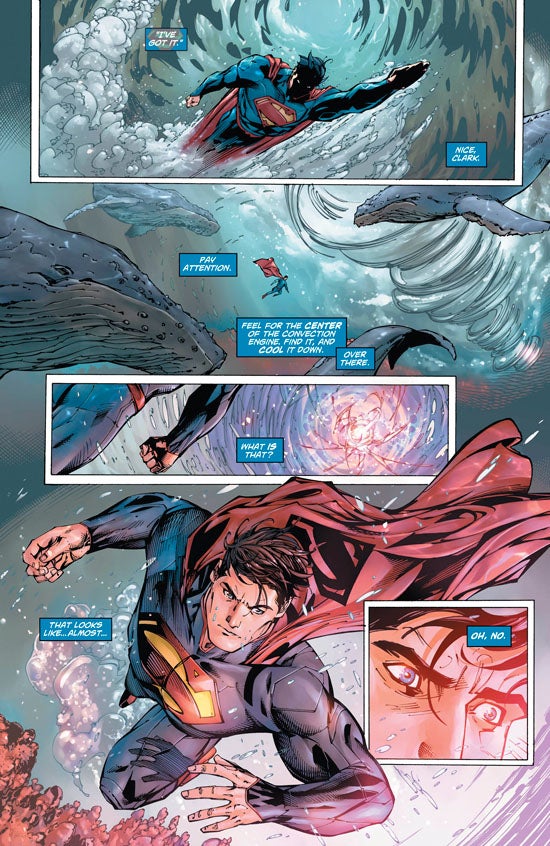