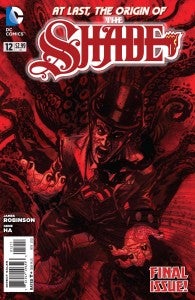 During his years on Starman, Robinson reinvented not only the title character, but a number of other C- and D-list DC heroes and villains as well, most notably the Golden Age villain The Shade, who was reintroduced as kind of a grumpy anti-hero, more concerned with being left alone in his beautiful retirement city than with much of anything else.

Robinson has returned to The Shade for a "final great adventure" kind of tale, set in the rebuilt timeline of the New 52, and the final chapter of that year-long adventure comes out tomorrow. DC Comics has provided fans with a preview on their blog, The Source, which can be seen below.

“It's been a long year coming, and at times a year fraught with the fear we wouldn't get to Issue 12," Robinson says in a retrospective interview at the blog that will hopefully be included in the series' eventually hardcover, "but here we are at the end of the series in a tale of the Shade's origin told my myself, Gene Ha and Art Lyon. I've loved writing this series; returning to an old friend yet sending him on a new journey that I feel was fresh and unfamiliar for readers and showed the character has more facets than just a shadowy resident of Opal City. I've had a blast, not just with the Shade but also all the new characters I've created and introduced along the way. I hope you enjoyed them too.” 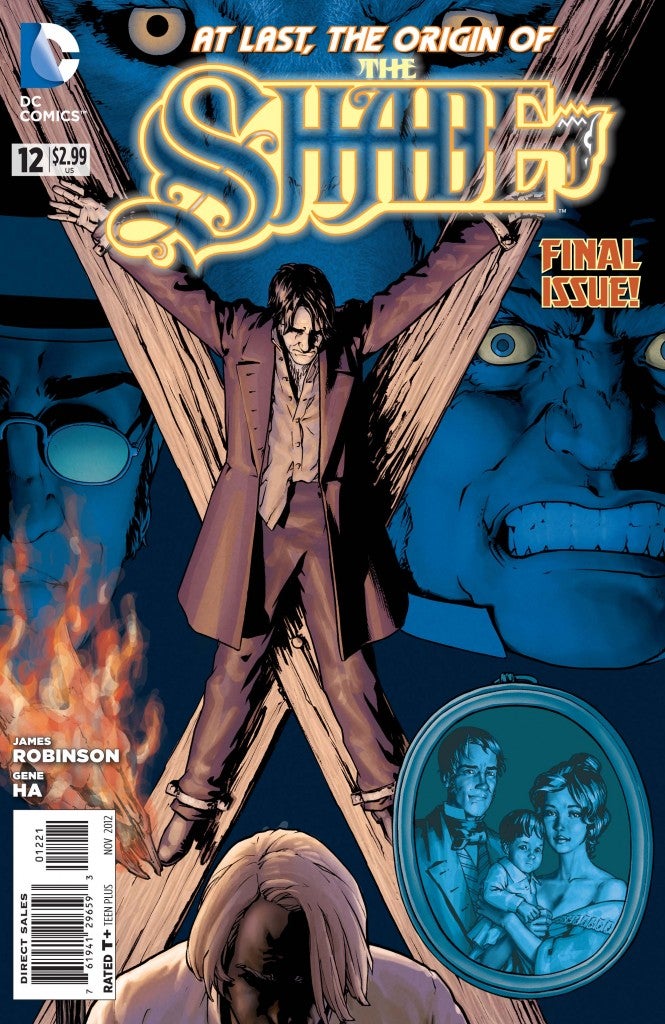 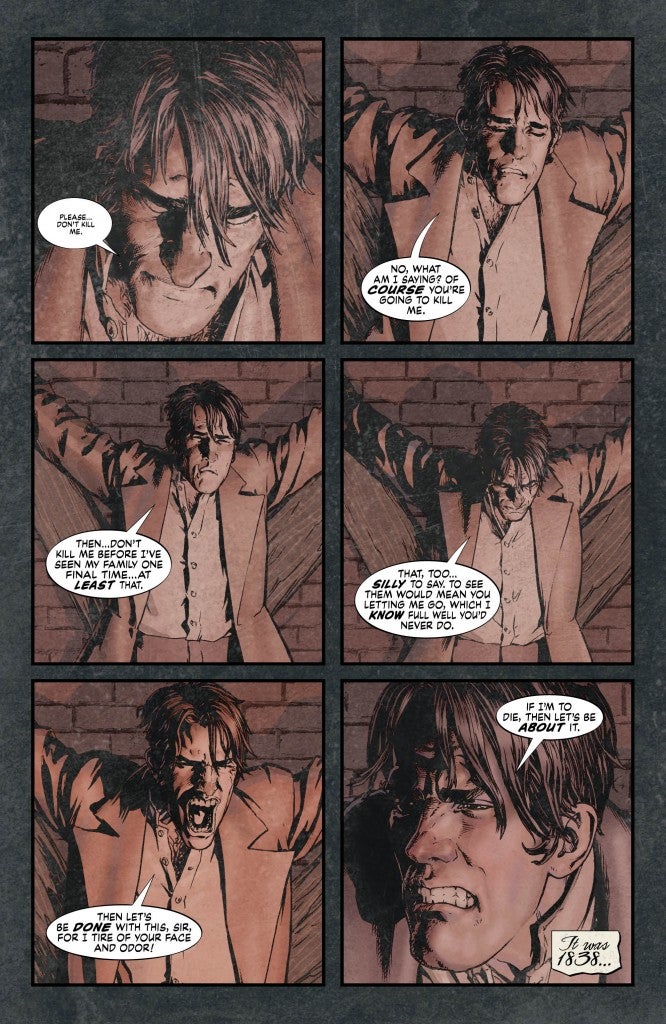 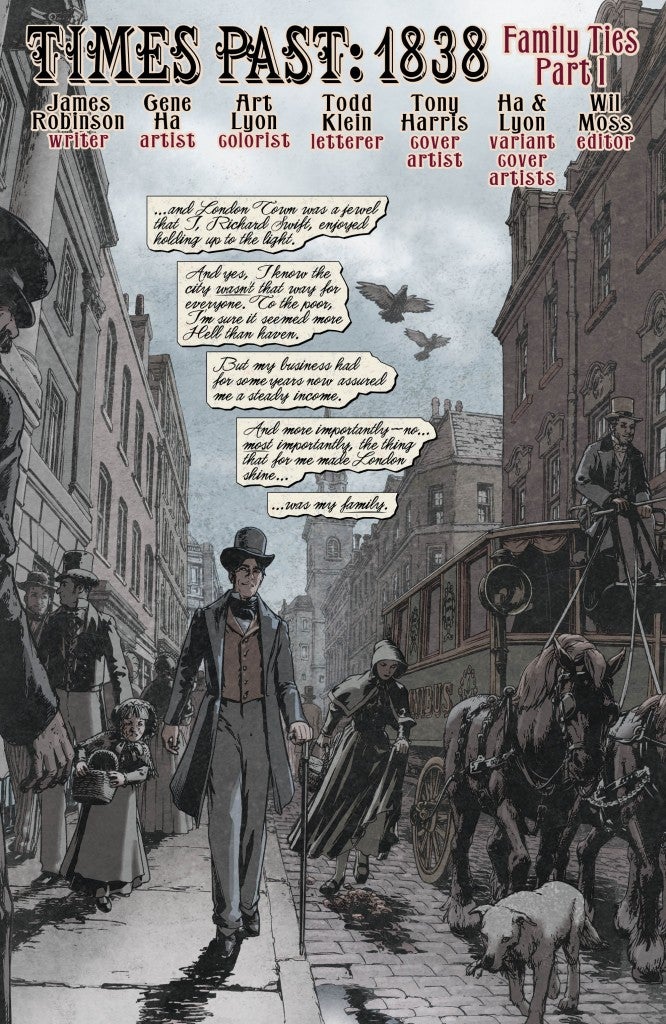 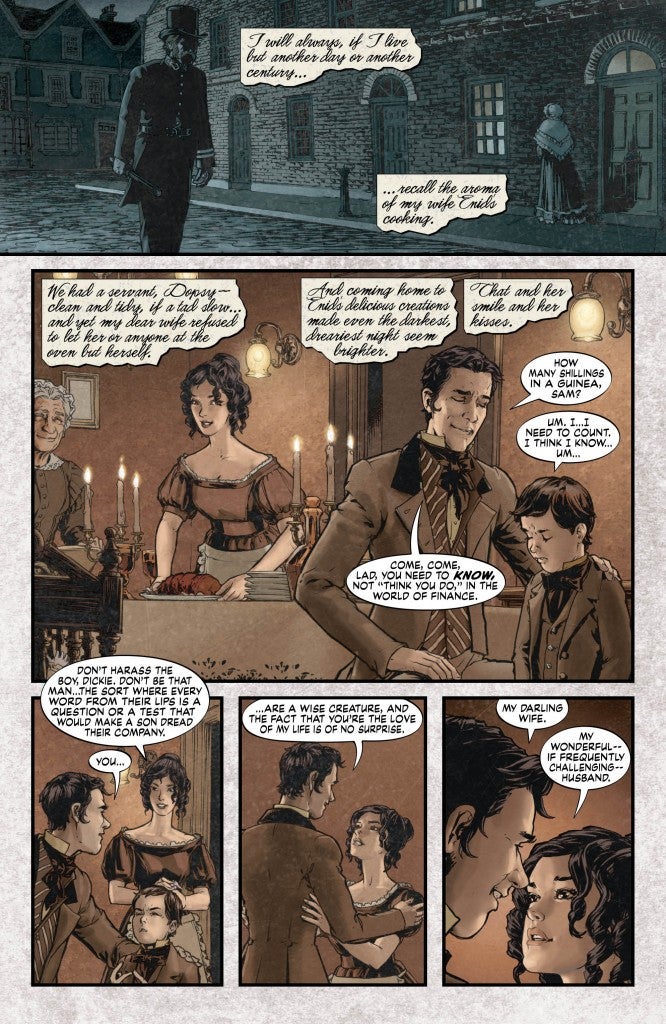 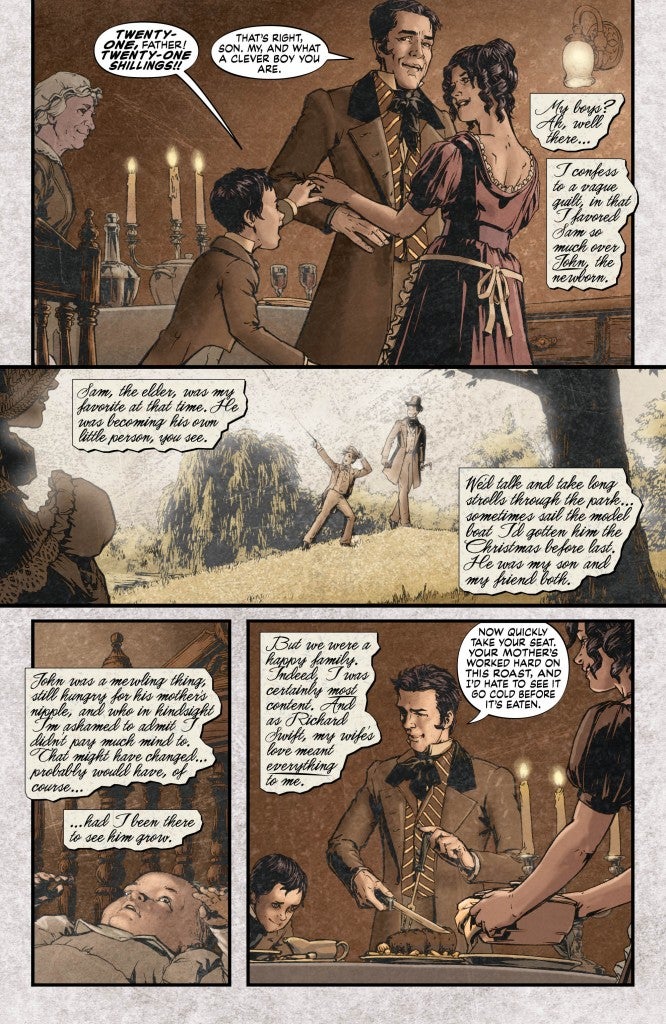 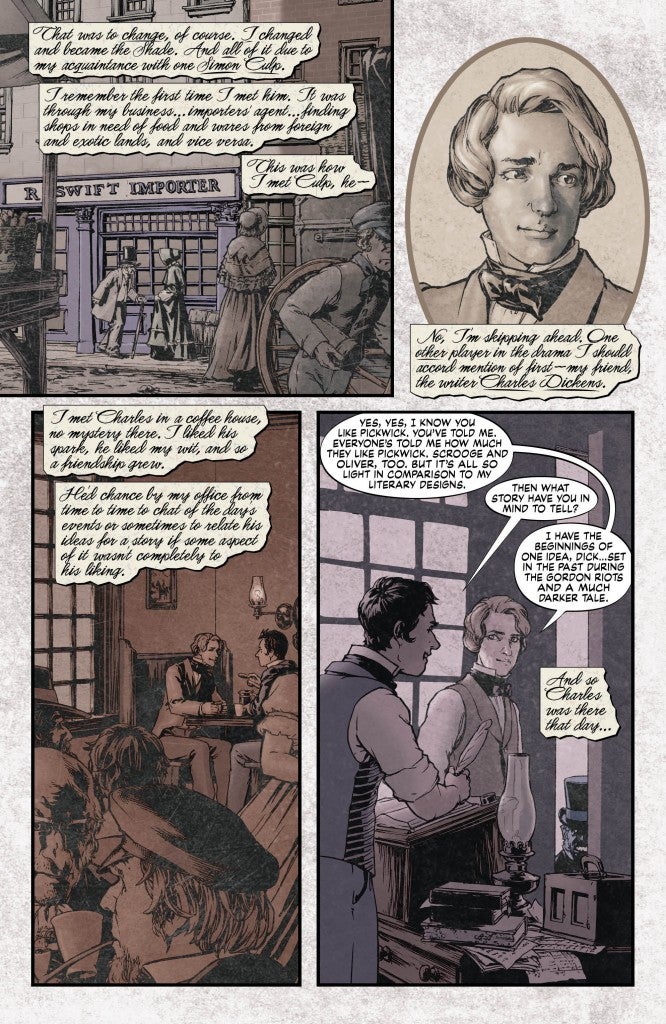 DC Comics Previews The Shade #12 by Robinson and Ha