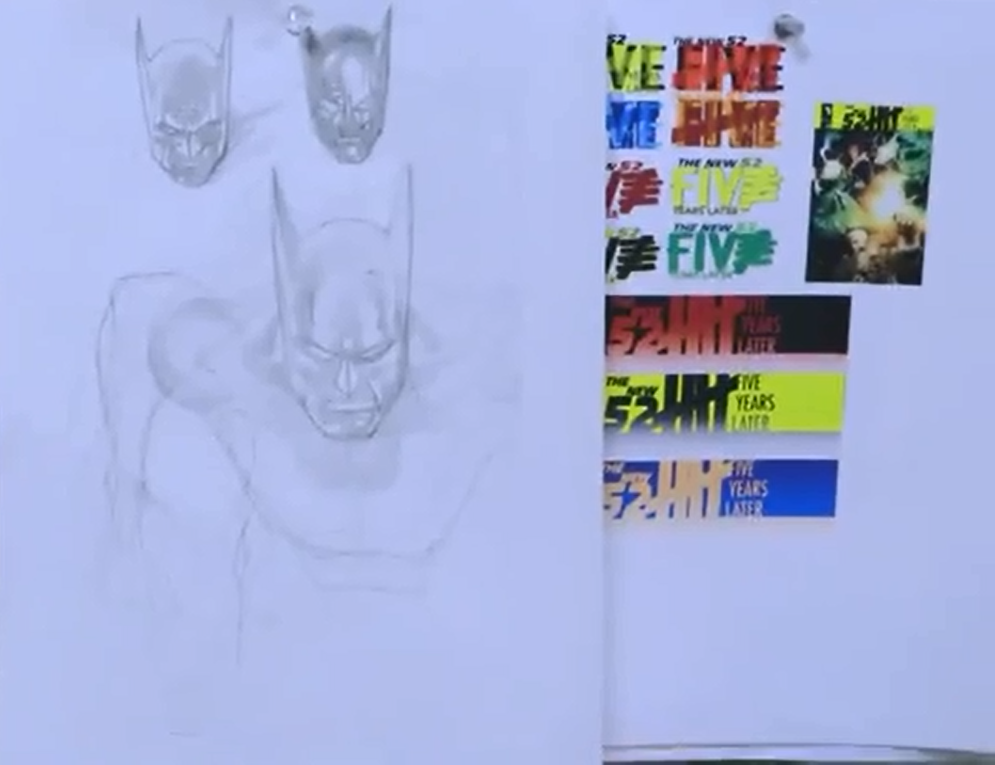 In the latest DC All Access video, available on the publisher's official YouTube channel (and embedded below), DC Comics co-publisher Dan DiDio gave fans a peek into the future, teasing viewers with the trade dress for a "Five Years Later" weekly series coming from DC in 2014.

Talking with host Tiffany Smith, DiDio discussed the nuts and bolts of the forthcoming Batman Eternal weekly series, then teased that the publisher had other weekly series coming up, as well. When she asked for clues, DiDio indicated his wall, where a page covered in "The New 52: Five Years Later" trade dress was tacked to his bulletin board along with some Batman concept sketches and what looks to be a cover with the "Five Years Later" trade dress fitted over it. No official information is yet available on the series, outside of the images lifted from the YouTube video. The last time there was a "Five Years Later" story, though, it was in Legion of Super-Heroes, a title recently cancelled by DC. By Keith Giffen and Al Gordon, the story was set five years after The Magic Wars, when (according to Wikipedia) "the United Planets is a darker place and the Legion a distant memory. However, a group of former Legionnaires worked to re-form the Legion in this harsh new universe, in which Earth was ruled by the alien Dominators." While the dystopian future aspect of the story has broad appeal, it certainly seems limiting that any story that saw the Justice League or other of DC's heroes as "a distant memory" would run the risk of seeming redundant following the currently-ongoing Forever Evil story, in which the Justice League has disappeared and been replaced by dark doppelgangers. Assuming this tale takes place in September 2014 as the company's big line-wide event story (a la the launch of the New 52, Zero Month and Villains' Month), it would be the fourth such event since the launch of the New 52 and could, presumably, lead up to the fifth annual (five years) event the following year if it were a year-long weekly, like DC's previous 52 and Countdown to Final Crisis series.

Netflix Releases Trailer For On My Block's Final Season