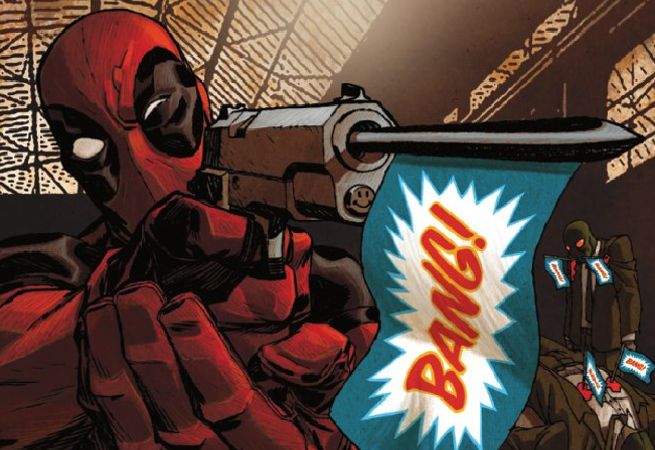 In spite of a report over the weekend suggesting that the film will be released with a PG-13 rating, one of the writers of 20th Century Fox's upcoming Deadpool film says that no such decision has been definitively made yet.

Hey, guys, no one knows yet whether Dpool will be R or PG-13. There may not be an announcement for a long while. Hang in!

For years while the film was stuck in development, Deadpool creator Rob Liefeld claimed that one of the hold-ups was that the supposedly-pitch-perfect script would call for an R-rating and that the writers and filmmakers didn't want to compromise the content to make the movie PG-13 for the studio. R-rated summer blockbusters are rare, since the movies are so expensive to make and the age restrictions that come with an R make it difficult to make that money back at the theaters.

Not long ago, though, Liefeld said that the filmmakers had found a way to make the movie work as a PG-13 film without compromising their creative vision. It was that quote which seemed validated when reports emerged over the weekend.

Fans, of course, were upset by the idea of a PG-13 Deadpool, which they worried would be watered down, since one of the character's defining traits is an over-the-top ultraviolence that's played for laughs.

Deadpool is meant to be in theaters in February 2016. It will star Ryan Reynolds, reprising his role from X-Men Origins: Wolverine and directed by Tim Miller.

The Walking Dead Creator Robert Kirkman: Long-Delayed Rick Grimes Movie Will Be “Worth the Wait”

HBO Max Adds Profile Icons for Rick and Morty, The Boondocks and More

August's Free PlayStation Plus Games Are the Worst of 2021

The Walking Dead Season 11 Trailer: The Beginning of the End