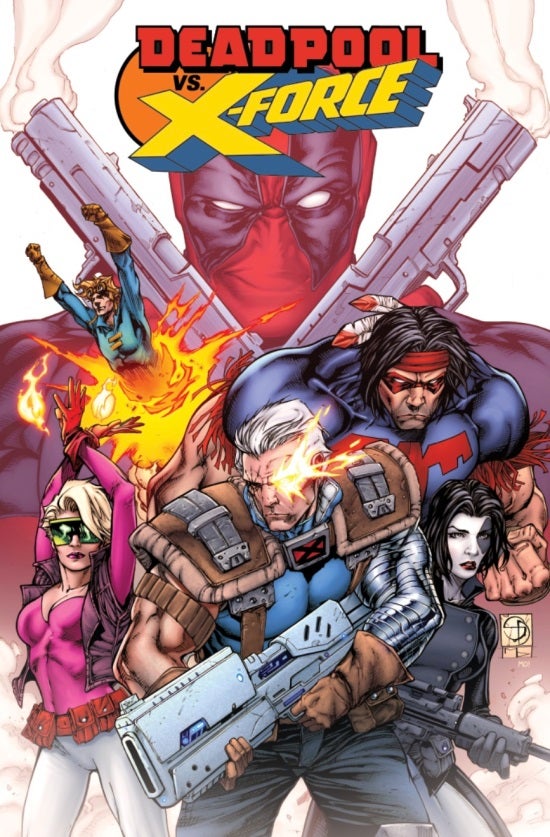 Marvel Comics has released a preview of Deadpool vs. X-Force #1 from writer Duane Swierczynski and artist Pepe Larraz. The new miniseries is a throwback to the big guns, big pouches and big action of the 1990s, when Deadpool and Cable made their debut. Deadpool vs. X-Force is a new story about the very first meeting between Deadpool and Cable, which took place sometime before the two were first seen in a comic together in New Mutants #98 (Deadpool's first appearance). Cable and the team that will soon become X-Force must dive into the timestream before Deadpool's reckless actions irreversible alter American history. "Deadpool's gone back to key points in American military history: the Battle of Germantown during the Revolutionary War; Gettysburg during the Civil War, and then... well, I can't say anything else, because you know how one little musket ball has a funny chance of changing the course of human events," says series writer Duane Swierczynski. Deadpool vs. X-Force #1 goes on sale this July. DEADPOOL VS. X-FORCE #1 (MAY140886) Written by DUANE SWIERCZYNSKI Art by PEPE LARRAZ Cover by SHANE DAVIS Variant Cover by J. SCOTT CAMPBELL (MAY140887) FOC – 06/09/14, On-Sale – 07/02/14 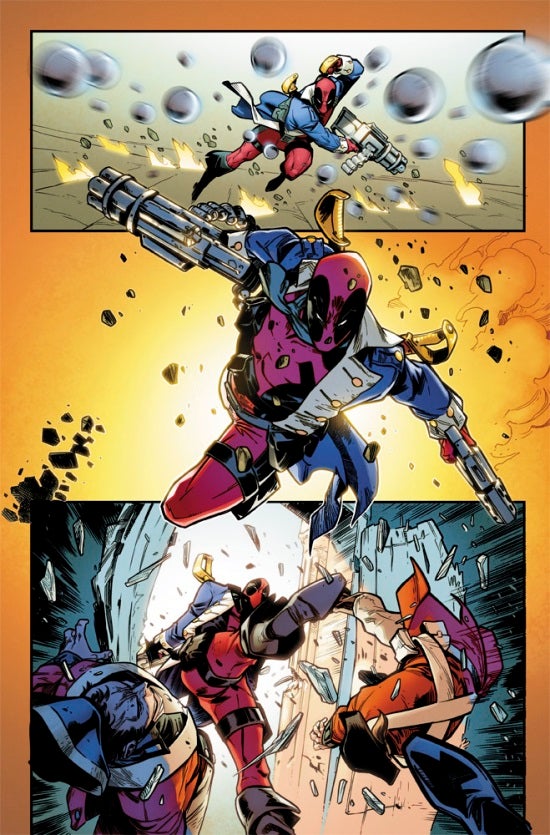 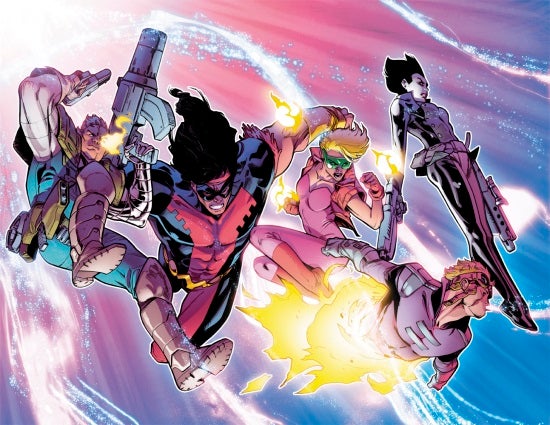 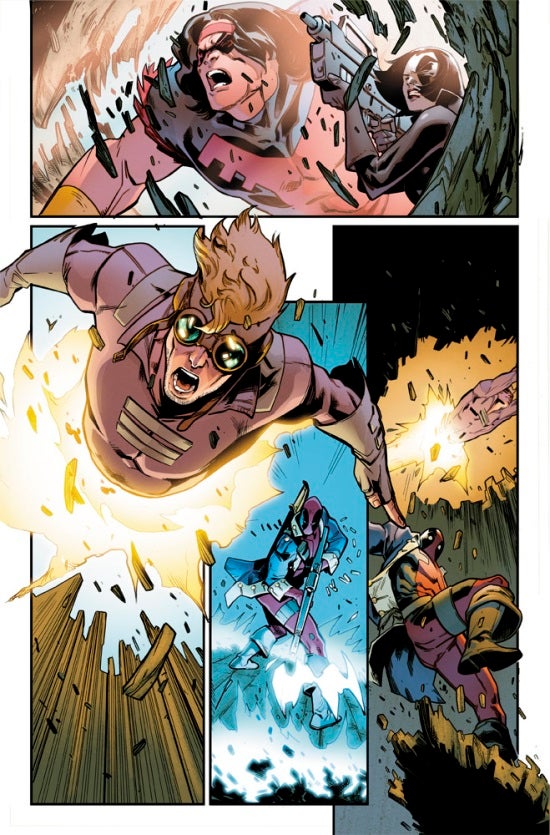