"Transformers2" and "Jonah Hex" star Megan Fox recently made headlines by calling out fellow hottie Scarlett Johannson (Iron Man 2): "I don't want to have to be like a Scarlett Johansson - who I have nothing against. But I don't want to have to go on talkshows and pull out every single SAT word I've every learned to prove, like, 'Take me seriously, I am intelligent, I can speak'. And while fanboys throughout the world screamed CATFIGHT!, we at ComicBook.com have to scold Ms. Fox for taking shots at Ms. Johannson. Because, the way we see it, Megan, you're no Scarlett. Here's why: Scarlett can actually act. While you're running around avoiding Decepticons and screaming, Scarlett is actually appearing in movies where she has to, well, act. Like "Lost in Translation". You think you could have pulled that off Megan? Not a chance. Woody Allen doesn't put just anyone in his films, but he sure calls on Scarlett a lot. How's that phone ringing, Fox? Scarlett hasn't trashed her body with tattoos. Sure, the occasional tat is nice, but you've written a freaking paragraph on your entire left side. For someone that feels she doesn't need to prove her intellectual mettle, why do you have quotes all over your skin? If I wanted to read a book, I'd go to the library. Scarlett at least has the sense to leave her body the way it should be: beautiful and sexy. [caption id="attachment_2356" align="aligncenter" width="475" caption="Credit: Maxim"] 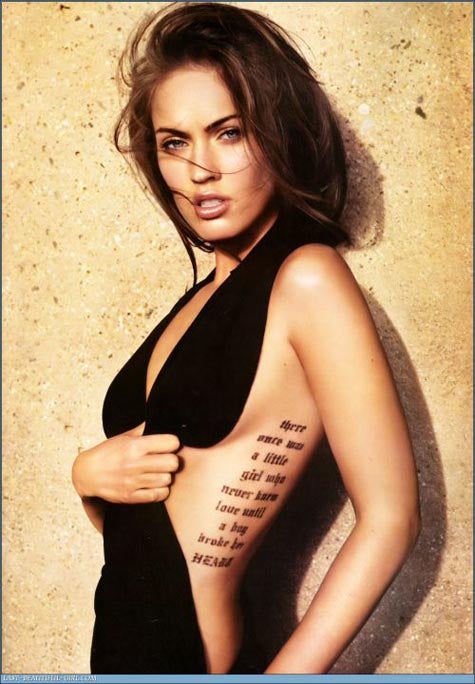 Benicio vs 90210. Scarlett Johannson gave Benicio Del Toro the elevator ride of his lifetime. You, Megan, were ENGAGED to Brian Austin Green, aka David Silver from 90210. You picked the tool of tools to date, and you almost married him! Again, you're talking about not having to prove yourself intellectually, but dang--Brian Austin Green? That screams stupidity. 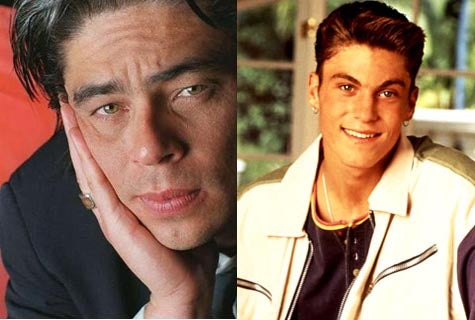 Comic Book Roles Scarlett chose to play the Black Widow in the upcoming Iron Man 2 film (Check out Starcasm.net). Her tight black leather outfit "left nothing to the imagination" and reportedly made the entire crew go silent when she entered the set. You, Megan, choose to run around in jeans with Shia LaBeouf. Boring. 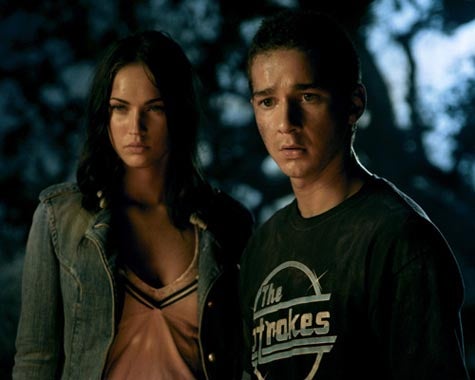 Dear Megan, You're No Scarlett