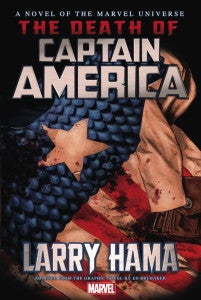 Larry Hama, longtime Marvel Comics writer and easily the most revered G.I. Joe writer in comics history, will pen a novelization of Ed Brubaker's The Death of Captain America storyline.

The book will reportedly also cover elements of Civil War, the crossover which led to the assassination of Steve Rogers. That storyline has already been novelized, and also adapted as an audio presentation.

"In graphic storytelling, it's all laid out there on the page, and you don't have to imagine the nuances of expression or the telling gesture," Hama told Newsarama. "Novelizing a graphic story is like reverse-engineering all of that."