C-3PO (played by Anthony Daniels) delivers one of more memorable lines in Star Wars: The Force Awakens when he sees Han Solo (Harrison Ford) for the first time in many years. "You probably don't recognize me with my red arm," said the protocol droid. Outside of that one line, his red arm is never brought up again.

Fans have been dying for an explanation as why he is sporting the new, colorful appendage and now they'll have it. A page from a companion book for the film has surfaced online and it fills in the blanks. "C-3PO is uncharacteristically quiet when it comes to discussing his salvaged arm; it is a memento of another droid's sacrifice," the caption reads.

Check it out in the images below. 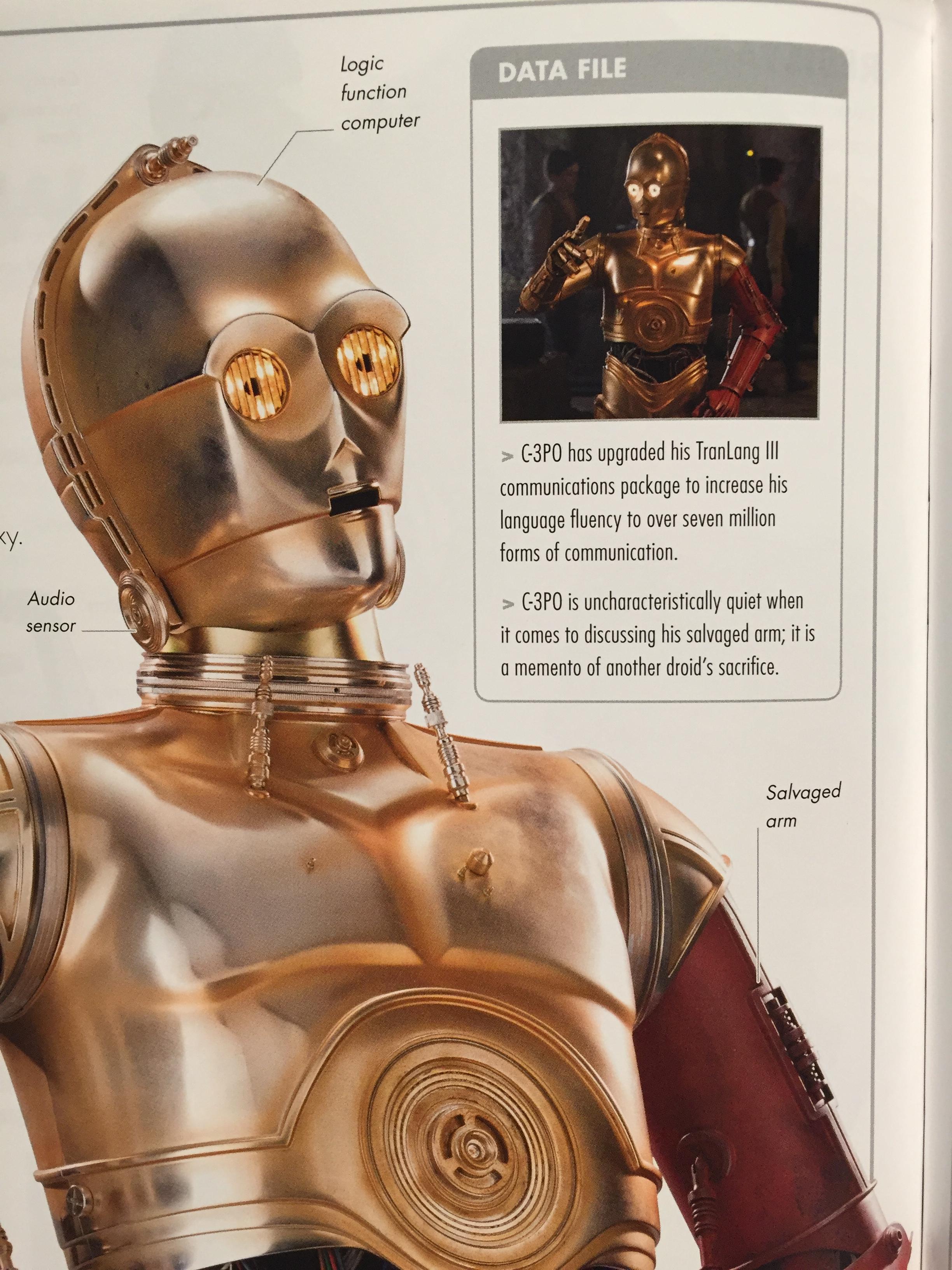 Keep in mind, Marvel's C-3PO one-shot comic, written by James Robinson and illustrated by Tony Harris, will fully explain the story behind the droid's red arm. So look for that at your local comic book shop.