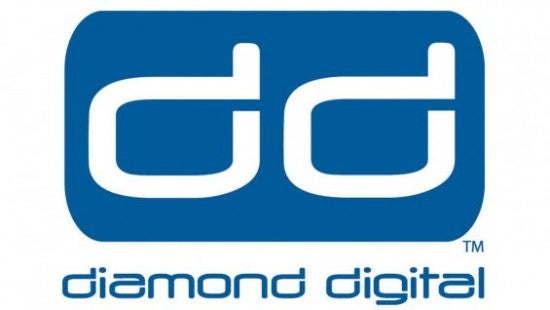 Diamond Comics Distributors is throwing in the towel on their digital comics initiative, they informed retail partners this week. Plans are in place to close Diamond Digital, its digital comics storefront solution created in partnership with iVerse Media, saying that "18 months after its launch, results indicate that Diamond Digital has not gained enough traction in the marketplace to continue," says The Hollywood Reporter. Diamond's initiative was to sell redemption codes for digital comics over the counter at brick-and-mortar retail stores. They faced an uphill battle, though, in the form of a marketplace already accustomed to comiXology's model and an increasing number of publishers (including Image Comics and Dark Horse Comics) who sell digital copies using their own systems and technology. Diamond Digital launched in June 2012 as a way for direct market retailers to benefit from the growth of the digital market. The program offered material from publishers including IDW Publishing, Image and Boom! Studios.

Diamond Digital To Close Its Doors